Home » MFU’s Board of Directors meets 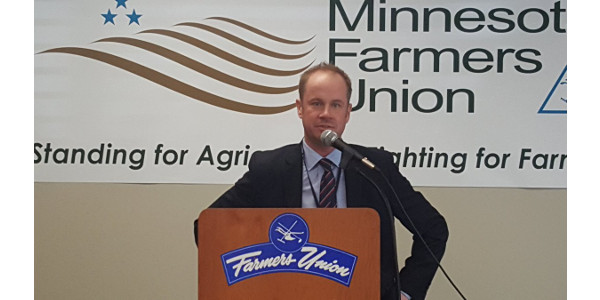 Members also discussed legislative issues that are affecting family farmers in the 2017 legislative session. The Full Board consists of county presidents throughout the state. Discussion involved key issues such as ditch mowing permits, buffer regulations, and the public option on health care, amongst other important key issues.

“These meetings are important, we have a grass roots organization and these meetings set the groundwork for the work that we will now do at the state and national level,” said Gary Wertish, Minnesota Farmers Union President.  “We have open communication and care about the feedback that is drawn from the discussion at all of our meetings. I want to congratulate Bryan on his election as Vice President and Anne on her election to State Secretary, I look forward to working with them both.”

Bessie Klose, Kandiyohi County, finished her time of 34 years as the State Secretary at the board meeting, and Anne Schwagerl from Big Stone County was elected as the new State Secretary.