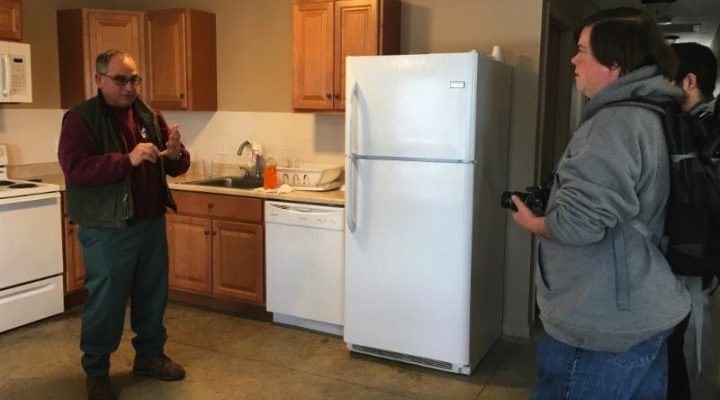 "There are fewer and fewer willing and able U.S. farm workers, however, immigrants can help fill the gaps," said MFBF President Ed Davidian who farms in Northborough. "But the H2A program has become costly, bureaucratic and highly complicated to use." (Courtesy Photo)

NORTHBOROUGH, Mass. — The H2A visa program, which allows U.S. farmers to employ foreign nationals in the United States for temporary or seasonal agricultural work, has become increasingly difficult for Massachusetts farmers to navigate, according to Massachusetts Farm Bureau Federation President Ed Davidian during a press conference today at his farm in Northborough. He also discussed how to make the H2A program more flexible in order to meet the needs of more farmers.

“There are fewer and fewer willing and able U.S. farm workers, however, immigrants can help fill the gaps,” said MFBF President Ed Davidian who farms in Northborough. “But the H2A program has become costly, bureaucratic and highly complicated to use.”

The broken system has caused crisis-level worker shortages on many American farms leading to a lose of revenue. In recent years, the share of fresh fruits and vegetables consumed by American families that was imported has grown by 79.3 percent. Labor issues explain an estimated 27 percent of that market share loss.

Had U.S. fresh fruit and vegetable growers been able to maintain the domestic market share they held from 1998-2000, their communities would have enjoyed a substantial economic boost, resulting in an estimated $4.9 billion in additional farming income and 89,300 more jobs in 2012 alone. U.S. Gross Domestic Product (GDP) would have been $12.4 billion higher in 2012.

“The ideal approach would be enforcement with an adjustment of status and a redesigned guest worker program,” Davidian said. “This approach would result in no increase in food prices. There would be minimal decreases in fruit, vegetable, grain and livestock production.”

They key to reforming the system will be the ability of both political parties to work together, Davidian said. Instability in the agricultural workforce places the U.S. food supply at risk and increasing immigration enforcement without also reforming our worker visa program will cost America $60 billion in agricultural production. The time for an evolutionary H2A program is now, Davidian said.

More information about immigration can be found at www.newamericaneconomy.org.