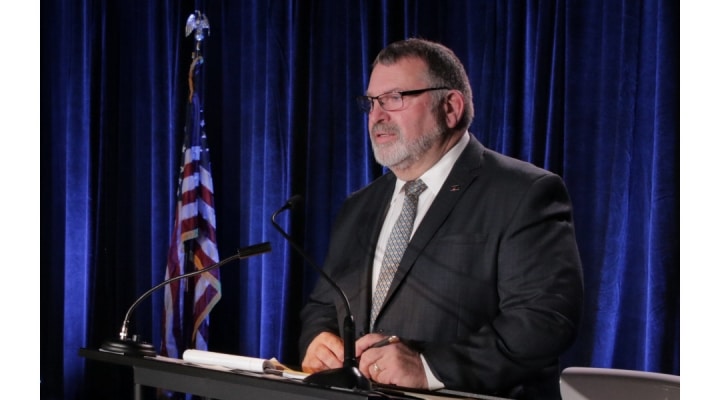 LANSING, Mich. — Michigan Farm Bureau began its first all-virtual annual meeting Dec. 2 with nominations and elections for the board of directors that leads the state’s largest farm organization. One new member was chosen to represent the organization’s vital Young Farmer program; all other elected officers were incumbents reelected to two-year terms on the MFB Board of Directors.

Tuscola County cash crop farmer Carl Bednarski was reelected to his fourth two-year term as MFB’s president. First elected to the position in 2014 as the organization’s 16th president, Bednarski raises corn, dry beans, sugar beets, soybeans and wheat alongside his wife, Lisa, and their three sons.

Seventh-generation Branch County farmer Paul Pridgeon was elected to represent MFB’s Young Farmer program on the board, succeeding Ottawa County apple grower Adam Dietrich. In partnership with his father, Bill, and brother Brian, Pridgeon raises hogs and 4,500 acres of corn, soybean and wheat. He and wife Nikki have three children.

Incumbents not up for reelection

Incumbents in odd-numbered districts were not up for reelection and therefore retain their seats:

Rounding out the board are at-large members Andy Hagenow of Kent County and Monroe County’s Douglas Darling. Both were reelected to two-year terms at last year’s annual meeting.

Midwest farming systems of the future