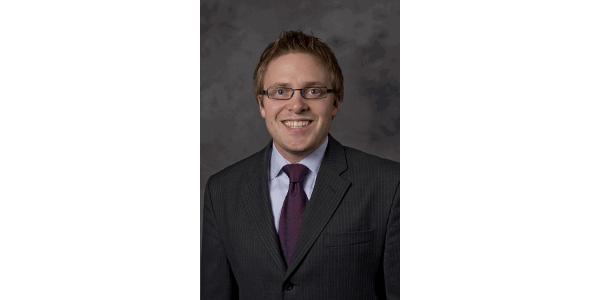 “We know the importance of clean water, and farmers work relentlessly to protect our natural resources every day, but the WOTUS rules were excessive and totally ignored the concept of navigable water as originally defined in the Clean Water Act,” said Michigan Farm Bureau Associate National Legislative Counsel John Kran. (michfb.com)

LANSING — The Environmental Protection Agency (EPA), Department of Army, and Army Corps of Engineers released their proposal to formally rescind the Obama Administration’s Waters of the U.S. or WOTUS Rule.

“Today’s statement from EPA and Army Corps of Engineers is a great step forward for Michigan’s farmers. The misguided WOTUS rule would have place unnecessary burden on Michigan’s farmers, requiring a whole new level of regulation on nearly all of the state’s farmland,” Kran said. “We know the importance of clean water, and farmers work relentlessly to protect our natural resources every day, but the WOTUS rules were excessive and totally ignored the concept of navigable water as originally defined in the Clean Water Act.”

According to Kran this action would, when finalized, provide certainty in the interim, pending a second rulemaking in which the EPA will engage in a substantive re-evaluation of the definition of “Waters of The United States.” The proposed rule would be implemented in accordance with Supreme Court decisions, agency guidance, and longstanding practice.

“We’ll continue to work with the Administration, Congress and through the courts to reverse the WOTUS rule,” Kran said. “Michigan farmers know the importance of clean water and work hard to protect the watersheds surrounding them and the Great Lakes we all enjoy as residents of our state.”

Today’s announcement follows the Feb 28, 2017, Presidential Executive Order on “Restoring the Rule of Law, Federalism, and Economic Growth by Reviewing the ‘Waters of the United States’ Rule.” The February Order states that it is in the national interest to ensure that the Nation’s navigable waters are kept free from pollution, while at the same time promoting economic growth, minimizing regulatory uncertainty, and showing due regard for the roles of Congress and the States under the Constitution.

American Farm Bureau Federation (AFBF) commended EPA Administrator Pruitt for recognizing the WOTUS rule for what it was—an illegal and dangerous mistake that needed to be corrected.

“That’s why our federal courts blocked it from going into effect for the past two years, said AFBF President Zippy Duvall. “Farm Bureau looks forward to supporting Administrator Pruitt’s proposal. EPA should ditch this rule once and for all, go back to the drawing board, and write a new rule that protects water quality without trampling the rights of businesses and the states.”