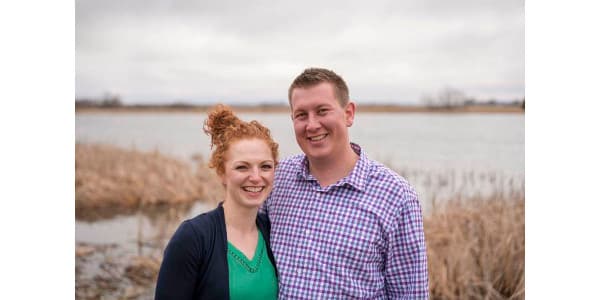 Sjostroms will advance to the national competition where they will represent Minnesota in the national contest at the American Farm Bureau Federation’s (AFBF) Annual Meeting held January 9-13, 2021. They also received a recognition plaque from MFBF, $500 prize, a trip to the MFBF LEAP Conference to be held in Sioux Falls, SD in 2021 and a leadership development trip to Washington D.C.

Lucas, Alise and their family own and operate their cheese plant on the family dairy farm near Brooten in Stearns County. Lucas has a career off the farm as the executive director for Minnesota Milk. Alise works full time as the president of the Redhead Creamery cheese company. Both strive to advocate for agriculture by being able to bring over 100,000 people to their farm and being a voice for farmers at the local, state and national levels.

Minnesota Farm Bureau representing Farmers • Families • Food for over 100 years is comprised of 78 local Farm Bureaus across Minnesota. Members make their views known to political leaders, state government officials, special interest groups and the general public. Programs for young farmers and ranchers develop leadership skills and improve farm management. Promotion and Education Committee members work with programs such as Ag in the Classroom and safety education for children. Join Farm Bureau today and support our efforts to serve as an advocate for rural Minnesota, www.fbmn.org.