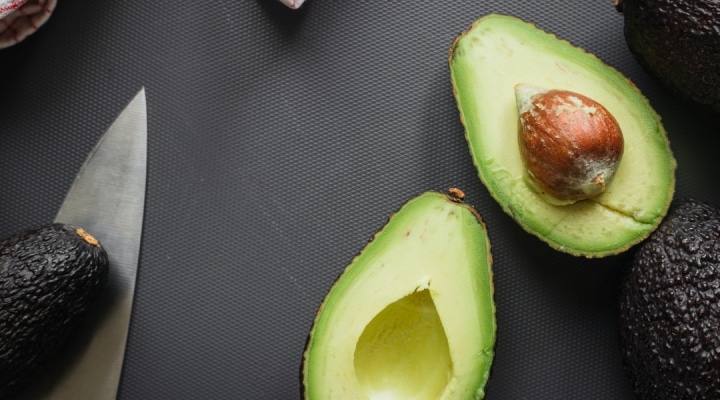 MEXICO CITY (AP) — With clever Super Bowl ads, an irresistible fruit and apparently insatiable appetite from U.S. consumers, Mexico’s avocado producers have so far been able to separate avocados from the conflictive landscape that produces them — at least until a threat to a U.S. agricultural inspector essentially shut down their exports last week.

But as producers continue to suffer extortion from organized crime, and loggers continue to chop down pine forests to clear land for avocado orchards, another threat looms: Campaigns for greener competition and perhaps even a boycott.

Most advocates for more sustainable avocados stop short of calling for an outright boycott.

“They (avocados) are a very large portion of either their country or regional economy and, you know, banning them entirely would not be advantageous” for already struggling local farmers, said Gareth Elliott, a New Jersey restaurant manager who runs the Facebook page “Blood Avocados.” “But if there were more environmental studies and they were grown in a responsible manner, we could solve this together.”

So far, the association of Mexican avocado producers and packers has taken little action to solve the problems, nor has its U.S. promotional arm, Avocados from Mexico, even as growers in Mexico report having to pay thousands of dollars in protection payments to drug gangs for each acre of orchard.

Those who don’t pay are threatened with having their families kidnapped, murdered and returned in pieces.

The producers’ associations have bought multimillion-dollar Super Bowl commercials, but they have never bothered to come up with a serious certification program to assure consumers the avocado they buy has not involved protection money to drug cartels — the same cartels flooding the United States with deadly fentanyl pills counterfeited to look like Xanax, Adderall or Oxycodone.

Nor have they come up with a plan to certify that the avocado sold at a U.S. supermarket wasn’t planted on illegally logged mountainsides that used to hold pine forests, threatening local water supplies.

Neither group responded to requests for comment on the issue. Mexico’s president has suggested the suspension of avocado imports was part of a conspiracy against his country.

That kind of certification and information program is what many activists want.

“I think it could also help bring up awareness,” said Elliott, who said many people now may not be conscious of the issue. “Bringing it out to the consumer that how they purchase things speaks a lot louder to American policy or even global policy, than sometimes protests will.”

But Elliott’s reluctance to boycott might vanish if illegal logging and planting of avocados reaches into the core of the monarch butterfly reserves in the western state of Michoacan.

So far planters have only nibbled around the buffer zones of the mountaintop pine forests where the butterflies spend the winter before heading back to the United States and Canada. At present, the mountaintops are too cold and too high for avocados, but with climate change that, as everything else, may change.

“I think that would be the likely be the line they’ll draw, or at least they’ll say, ‘I’ll have more expensive avocados.’”

Avocados are “perceived as something healthy, and the contrast to what it is actually doing” to the environment and society, “you couldn’t get further, it’s poles apart, it’s absolutely not,” McMahon said.

McMahon has tried to promote more sustainable, locally produced guacamole recipes based on kale or mashed-up sunchokes. It has been an uphill struggle: He has received angry messages from growers in Mexico saying they need the income and diners and chefs who want avocados at brunch. “Still, I hold to my guns,” he said.

“The environmental disaster, the deforestation caused, to feed the avo-on-toast craze made me feel so disgusted that I decided to stop eating them altogether,” McMahon wrote in November. “Almost five years later I do miss avocados, but I won’t be part of the exploitation of land and people to satisfy a crave.”

And there are other countries without Mexico’s land disputes, water shortages, drug cartel extortion, sensitive species and illegal logging problems that might try to supplant Mexico’s now-dominant 80% share of U.S. imports by offering more sustainable avocados. Peru, Colombia and Chile all have their own problems, but drug cartel extortion of growers isn’t one of them.

“Colombian exporters see the United States as a market with great potential,” said Juliana Villegas, vice president of exports for the trade promotion agency ProColombia. “There are some enormous opportunities and advantages for avocado production in Colombia.”

“We are in the privileged position, given our agricultural land” Villegas said. “It is very large. Right now we have millions of acres available without deforestation. I think that is an advantage we have to seize on.”

Any sustained ban on avocado exports might actually benefit the Mexican families who can no longer afford the fruit because of international demand.

But the loss of income would be devastating for Mexican farmers, who — like those in most countries in Latin America — have spent almost five centuries looking for a miracle crop that would pull them out of poverty.

Sugar, rubber, bananas, natural dyes, coffee, cacao — the stuff of which chocolate is made — all came and went, but never really fulfilled that promise. Either they were only practical on large plantations with slave labor, or they could be grown more cheaply elsewhere or plant diseases and synthetic substitutes spelled disaster for the crops.

For Mexico, the avocado has been that miracle crop for almost 25 years. A farmer with only a few acres of avocado trees can send his children to college, or buy a new pickup truck to get his product to market and avoid middlemen, something no other crop has been able to offer.

But it’s not consumers in the United States who are on the front lines: Many lonely, threatened activists in Mexican villages are fighting illegal logging and the expansion of avocado orchards on former forest land.

Activist Guillermo Saucedo tried to institute farmers’ patrols to detect illegal logging and unauthorized avocado orchards in Villa Madero, Michoacan, last year. He got as many as 60 or 70 people to participate in the patrols, starting in May. But on Dec. 6, Saucedo was kidnapped, beaten and threatened by drug cartel gunmen who either protect or invest in avocado orchards.

This week, Saucedo said he detected a huge water retention pond of the kind dug by avocado growers in a hamlet near Villa Madero, but he doesn’t believe the government will stop them.

“The National Guard don’t do anything,” Saucedo said. “The only thing that can stop them is the people themselves, by protesting.”

Microgreens pack a nutritional punch that varies with growing conditions