Home / Indiana / Mentoring program for minority grad students
A new user experience is coming! We'll be asking you to login to your Morning Ag Clips account March 1st to access these new features.
We can't wait to share them with you! Read more here. 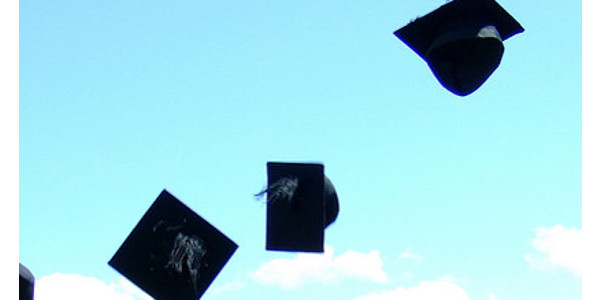 WEST LAFAYETTE, Ind. — Mentoring at Purdue (M@P), a mentoring program housed within Purdue University’s College of Agriculture, received The National Experiment Station Section’s inaugural Diversity and Inclusion Award. The Experiment Station Section is an arm of the Association of Public and Land-Grant Universities, which is a research, policy and advocacy organization devoted to advancing the work of land-grant institutions. Levon Esters, a professor in the Agricultural Sciences Education and Communication Department (ASEC), and Neil Knobloch, an ASEC professor, founded the program to facilitate the successful growth of students academically, professionally and personally.

Esters explains that the program was also established to increase diversity in the College of Agriculture.

“Within the STEM discipline there are not many students of color or women pursuing graduate degrees,” Esters said. “Students leave school for a few reasons. Often it’s that they don’t have enough financial support or they get inadequate mentoring.”

M@P is also a major recruiting tool for the College of Agriculture. As a student, graduate school can be difficult to navigate, so the concept of individual mentorship is often appealing.

“Mentoring may seem easy on first glance, but being inclusive and intentional in providing support and guidance is important to increasing diversity, equality and inclusion in graduate education,” Knobloch said.

On Oct. 3, Esters and Knobloch accepted the award in Lincoln, NE on behalf of every member of the M@P team. The award was presented by the Experiment Station Committee on Organization and Policy (ESCOP). A major role of ESCOP is to promote and recognize excellence in agricultural research and education. Esters said he hopes the recognition M@P received will prompt other institutions to consider similar programs. It’s imperative that universities give these students the building blocks to succeed.

“The M@P workshops and other activities are drawing not only students, but also faculty and staff members. M@P is making a real difference in our College’s conversations around diversity and inclusion,” said Karen Plaut, the Glenn W. Sample Dean of the College of Agriculture. “It is a model of an effective program and I am so glad it is getting the national recognition it deserves as well as the opportunity to help others develop similar programs.”

Zachary Brown, an ASEC graduate student, said the resources and support offered by M@P were a major reason he decided to pursue a degree at Purdue. The M@P program guided him through the application process and provided a support network when his studies began.

“It was great to establish connections ahead of time, before ever coming to campus,” Brown said. “It definitely facilitated my decision to come to Purdue.”