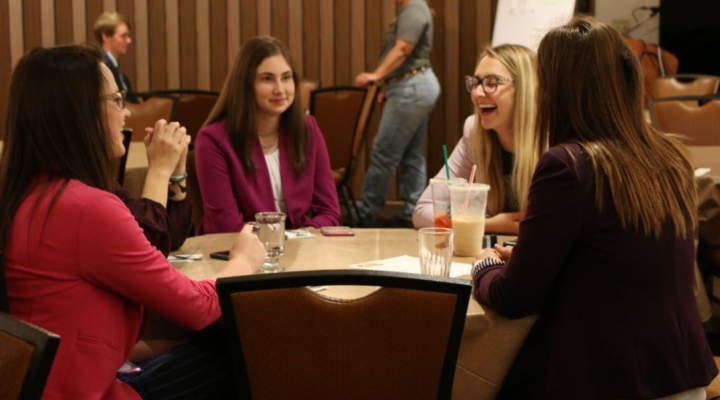 Applications for the MGM Memorial Scholarship and other HYFA scholarships are due Sept. 1. (Courtesy Photo)

KANSAS CITY, Mo. — The Hereford Youth Foundation of America (HYFA) is pleased to announce $200,000 in scholarships will be awarded this fall to members of the National Junior Hereford Association (NJHA) to assist in financing their college education.

Highlighting the scholarship offering is the newest scholarship endowment from the Merry family and MGM Polled Herefords of Hartford, Wis. MGM Polled Herefords was established in 1956 with just two cows. Gordon Merry and his wife, Marian, used the MGM acronym for their farm name and had five children to show cattle under that prefix – contributing to a string of success for the family.

Gordon Merry got his start in the registered polled Hereford business in 1955 after graduating from the University of Minnesota College of Veterinary Medicine in 1954. Gordon was the second generation of what has become five generations of Merry Polled Hereford breeders. The Wisconsin Hereford Association honored Gordon as a life-long member with a 50-year Gold Breeder Award. Of all the ribbons, titles and trophies that Gordon Merry earned over his 50+ years as a Gold Breeder, the most satisfying of all his accomplishments has been the friendship of fellow breeders and the preservation of family tradition and involvement in the breed.

After Gordon and Marian passed away, in lieu of flowers, family members asked contributions be made to the couple’s endowment to the MGM scholarship fund, which will be given to veterinary students with an interest in Hereford cattle.

MGM Polled Herefords believes the future of agriculture lies in the hands of our industry’s hard-working youth. The Merry family recognizes the dedication required from young people to raise and exhibit livestock and they wish to reward juniors who are passionate about Hereford cattle.

“We are thankful to have the opportunity to offer the MGM Memorial scholarship in memory of Marian and Gordon Merry,” says Amy Cowan, director of youth activities and foundation at the American Hereford Association (AHA). “This will be a great reward to students in pursuit of a veterinary degree who are also devoted to Hereford cattle.”

This $2,500 scholarship will be awarded to an aspiring veterinary student on Friday, Oct. 25, at the Hereford Honorees Awards Ceremony during the 2019 AHA Annual Meeting and Conference in Kansas City, Mo.

Applications for the MGM Memorial Scholarship and other HYFA scholarships are due Sept. 1. Scholarship applications must be filled out online and NJHA members may access the applications by visiting hereford.myreviewroom.com. Applicants must have completed their senior year in high school and must currently be enrolled in a four-year accredited university, junior/community college and/or a technical institution. For more information, contact Amy Cowan at acowan@hereford.org.

A farmer’s advice for a successful cover crop