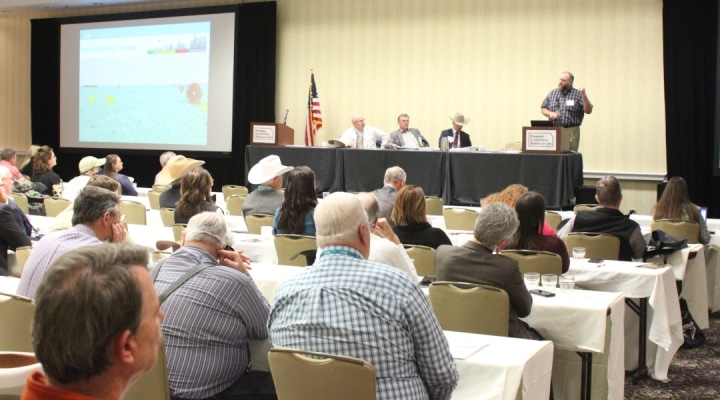 Policy focused on interstate sales of state-inspected meat, packing capacity, property rights as they relate to wind energy, proposed Packers and Stockyards Act regulations, the lesser prairie chicken and other key issues was approved by members of the Kansas Livestock Association (KLA) during the group’s annual business meeting December 3 in Wichita. (Courtesy Photo)

TOPEKA, Kan. — Policy focused on interstate sales of state-inspected meat, packing capacity, property rights as they relate to wind energy, proposed Packers and Stockyards Act regulations, the lesser prairie chicken and other key issues was approved by members of the Kansas Livestock Association (KLA) during the group’s annual business meeting December 3 in Wichita.

“Member input on policy issues started during roundtable discussions this fall, proceeded through committee and council meetings, and concluded with approval by the general membership at the KLA Convention,” said KLA President Phil Perry, a rancher from Oskaloosa. “This depth of involvement gives us policy with a strong connection to our members’ business interests.”

Due to increased demand from U.S. consumers to purchase meat directly from the producer and the fact that current laws prohibit meat from entering interstate commerce unless processed at a USDA-inspected facility, KLA members approved a new resolution supporting legislation to allow interstate sales of state-inspected meat. The policy does stipulate the meat must be part of a state meat and poultry inspection (MPI) program that operates under a cooperative agreement with USDA’s Food Safety and Inspection Service to meet or exceed the “at least equal to” inspection standards under the Federal Meat Inspection Act. Kansas has adopted a robust and annually audited MPI program. The new resolution also supports USDA maintaining recall authority over meat processed at state-inspected facilities.

Members approved a new resolution regarding growth in the meat processing sector. Policy supports initiatives that contribute to new construction or expansion of meatpacking facilities to achieve and maintain necessary packing capacity levels.

Existing policy focused on the lesser prairie chicken (LPC) was amended by the membership. While KLA continues to support voluntary, incentive-based conservation efforts as a means to preserve and enhance the population of the birds in Kansas, KLA members took the step of disapproving of the Western Association of Fish and Wildlife Agencies’ management of the LPC Range-Wide Conservation Plan and called on the agency to resign as the plan’s administrator. Members also formalized their support for grazing lands being included in the incidental take protection that has been granted to cultivated agricultural practices in the proposed 4(d) rule that was published this summer by the U.S. Fish and Wildlife Service. KLA members continue to oppose listing the LPC as a threatened or endangered species under the Endangered Species Act.

Members voted in favor of an amendment to policy addressing proposed Packers and Stockyards Act regulations. The policy opposes any regulation that would remove the requirement that a party prove competitive harm to the marketplace.

In addition, members approved amendments to the property rights and wind energy resolution. The revisions support legislation to protect the property rights of landowners adjoining, but not participating in, wind farm developments and the requirement that wind developments have financially sufficient decommissioning plans that protect the property owner at the end of the life of the infrastructure. Members also support legislation to require wind power facilities to immediately pay local property taxes. Current law exempts such facilities from paying property taxes for the first 10 years.

Policy focused on immigration was reaffirmed by the membership. It supports federal immigration policy that allows for an efficient and adequate guest worker program and provides opportunities for current employees found to be unauthorized to complete the immigration process legally.

KLA members retained policy supporting their ability to conduct their operations as they see fit. Members oppose attempts by the government to narrow the business options or limit the individual freedom of livestock producers to innovate in the management and marketing of what they produce. 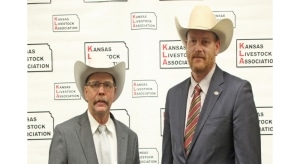 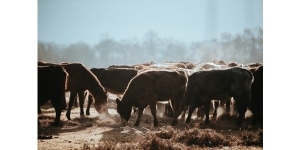 Top industry issues to be discussed at KLA Convention

TOPEKA, Kan. — Speakers scheduled to appear at the Kansas Livestock Association (KLA) Convention in Wichita will talk about the 2022 cattle and beef markets, industry issues being addressed at the federal level, how consumer meat buying trends have changed throughout the pandemic and the latest in sustainability research. The convention will take place December […] 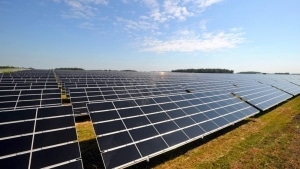 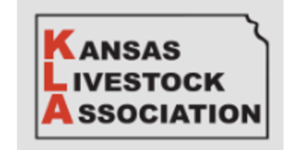 TOPEKA, Kan. — Policy focused on taxes, trade, noxious weeds, raw milk labeling and inspection, and other key issues was approved by members of the Kansas Livestock Association (KLA) during the group’s annual business meeting held virtually December 17. Ranchers, feeders and dairymen provided input during regional roundtable meetings in the fall and committee and […] 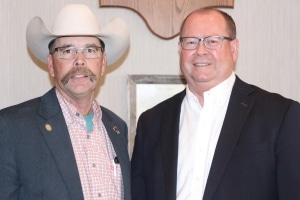 TOPEKA, Kan. —  Members of the Kansas Livestock Association (KLA) elected Jerry Kuckelman, a cattle feeder from Manhattan, as president during the group’s annual business meeting December 17. The membership chose Oskaloosa rancher Phil Perry as KLA president-elect. Kuckelman and Perry will lead the 5,700-member organization during the next year. Kuckelman is the president and […]