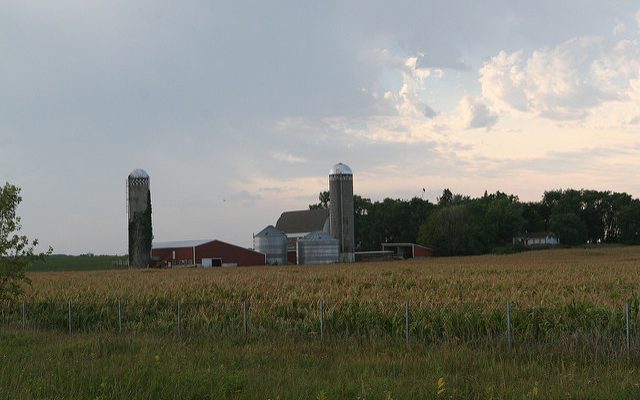 Farming across the United States can be vastly different and incredibly similar simultaneously, and nothing beats being able to learn about it firsthand. (Meghan Newell via Flickr)

JEFFERSON CITY — Hello. My name is Rebecca, and I’m addicted to agriculture. I am guilty of taking photos of soybean fields after the young plants have popped up in straight rows, posting them to Instagram and hashtagging them #babies. My favorite posts often involve some exotic-looking prepared dish, a thriving crop or a #ruralMissouri discussion thread. And, I love touring farms of a wide range of agriculture production practices.

Farming across the United States can be vastly different and incredibly similar simultaneously, and nothing beats being able to learn about it firsthand. Recently, I had the opportunity to tour farms near Pittsburgh, Penn., to make new friends and to discover the ingenuity of those farmers to make their businesses sustainable for generations.

Near Pittsburgh, hills and forests dominate the landscape and farmers carve out their living amongst them. I kept comparing it to what I know of home. It was somewhat similar to the Ozark hills in which I grew up where livestock reigns, but a stark contrast to Missouri’s northern, central and southeastern corn, soy, rice and cotton fields, open wide as far as the eye can see at times.

The issues farmer Art King faces at Harvest Valley Farm near Valencia, Penn., concerning labor, pests, logistics and markets, are similar to the issues farmers face here. At Soergel Orchards in Wexford, the Soergel family focuses on economic sustainability and has mastered agritourism offerings to become a destination for locals and tourists alike. A family farm since 1850, they must be doing something right.

Both tours were exemplary of modern farmers’ ability and drive to be sustainable on economic and environmental levels, and of course, I documented the visits on Instagram. After all, who can resist a photo op in the most beautiful cucumber “forest” greenhouse or at the counter in a cider house where sample spigots see a lot of action.

I tell you this story in hopes it might encourage you to get out this summer and find out more about agriculture from the people who are knee- and elbow-deep in it. They put in long hours and immense effort in not only growing food but also growing their businesses in sustainable ways they can be proud of and can pass down to the next generation.

So, it’s officially, finally summer. The first day of the season hits June 21 — the longest day of the year. Gardens are coming in, and farmers’ markets are in full swing. It’s agriculture’s time to shine. Get out there and meet someone.