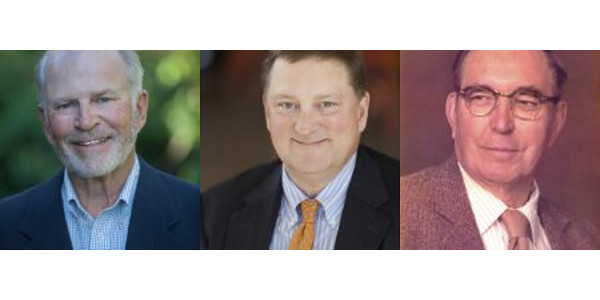 MADISON — Three individuals with outstanding lifetime contributions to the meat business are set to be inducted into the Wisconsin Meat Industry Hall of Fame at a May 4 recognition ceremony. The individuals are:

Phil Hinderaker took a small equipment company in Lodi, Wisconsin, and through hard work, vision, and leadership, transformed it into a world leader in cooking, chilling, and packaging technologies. Hinderaker stepped into the role of president at Alkar in 1985. At the time, the company was relatively small, with $7 million in annual sales. When he retired in 2005, Hinderaker had grown the business into a $58 million-per-year enterprise. He expanded the business into international markets, installing cooking and chilling equipment in South America, Europe, Russia, Asia and Africa. Along with making innovative equipment, Hinderaker made sure that Alkar advanced the industry’s knowledge of cooking and chilling processes to help processors achieve their goals of making products safer, better and faster.

Philip Jones is the sixth family member to lead Jones Dairy Farm of Fort Atkinson, Wisconsin, where he is chairman, president and CEO. His passion for the business keeps him focused on two things: great food and family. The result is a business that has more than doubled under his leadership. Important milestones include investing in the Jones brand across the country, discontinuing direct-to-store delivery, automating operations, and converting a closed plant into a culinary center, creative studio and remodeled retail market—all while adding production capacity. Jones’ success creates the resources to support the Culinary Institute of America and Wisconsin-area culinary training programs with scholarships and internships. Jones has established a legacy of growth and creativity, while being a steward of the family business and Jones traditions.

Donald MacFarlane started a pheasant farm in Janesville, Wisconsin in 1935 as a way to own a business that combined his love of the outdoors with a means to make a living. Today, MacFarlane Pheasants Incorporated is the largest pheasant farm in North America, annually producing more than 1.6 million chicks, shipping day-old pheasants throughout the United States, Canada, Europe and the Middle East. MacFarlane also pursued his vision of producing heavy meat-type pheasants, starting with about 3,000 birds annually. His vision led to the development of a white-feathered, meaty pheasant through selective crossbreeding with ringneck pheasants. Now, the farm produces a variety of processed pheasant meat products.

The Wisconsin Meat Industry Hall of Fame induction ceremony will take place during the annual meeting of the Wisconsin Livestock and Meat Council on May 4, 2017. If you are interested in attending the induction luncheon event, please contact Jeff Swenson at (608) 224-5082 or jeffrey.swenson@wisconsin.gov.

The Wisconsin Meat Industry Hall of Fame was created in 1993 to recognize individuals who have made significant contributions to the meat industry in Wisconsin. The Hall of Fame program is coordinated by and housed in the University of Wisconsin-Madison Meat Science and Muscle Biology Laboratory. To learn more, visit http://www.ansci.wisc.edu/Meat_HOF/.