Home / Washington / McMorris Rodgers gets key committee spot
A new user experience is coming! We'll be asking you to login to your Morning Ag Clips account March 1st to access these new features.
We can't wait to share them with you! Read more here. 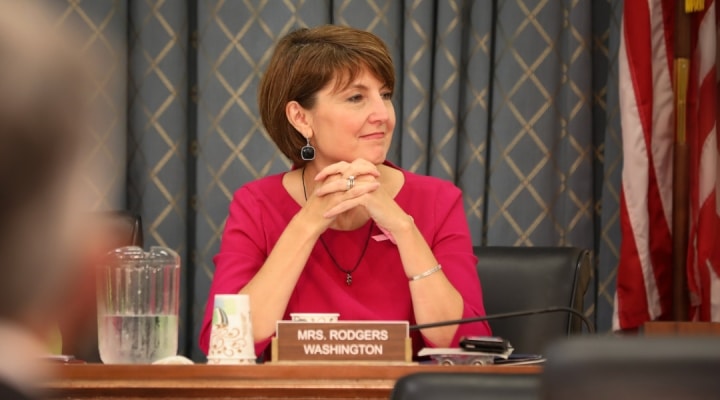 WASHINGTON, D.C. — On Dec. 3, the National Cattlemen’s Beef Association (NCBA) and the Public Lands Council (PLC) released the following statement in response to Representative Cathy McMorris Rodgers (WA-05) being selected as Ranking Member of the House Energy and Commerce Committee:

“Congresswoman McMorris Rodgers is a lifetime supporter of the cattle industry and it is no surprise that her hard work and leadership has propelled her to this historic role on the Energy and Commerce Committee,” said NCBA Vice President Of Government Affairs Ethan Lane. “Cattle producers are happy to see her take this position head on – her understanding of sustainability, environmental stewardship, and free enterprise will serve her well as Ranking Member and we are eager to work with her in the 117th Congress.”

“Ranchers across the West offer their hearty congratulations to Rep. McMorris Rodgers on being selected as the next lead Republican on the Committee,” said PLC Executive Director Kaitlynn Glover. “Her background in agriculture means that she understands the challenges producers face on a daily basis, and this new role gives her a prime opportunity to lead the development of meaningful solutions. Throughout her career, McMorris Rodgers has consistently demonstrated her leadership in public land and water issues, and PLC looks forward to work with her in this new role.”

“I’m honored to have earned the support of my colleagues to serve as the Republican Leader of the House Energy and Commerce Committee. This committee is critical to addressing the issues that matter to people in Eastern Washington, like bridging the digital divide, bringing doctors to rural communities, keeping energy rates low, and protecting free speech online,” said McMorris Rodgers. “My goal is to maximize Energy and Commerce to secure America’s and Eastern Washington’s future as the best place in the world to innovate, save lives, and raise people’s standard of living.”