Home » May is all about beef in Kentucky
cattle
As weather warms up and grills are uncovered, burgers and steaks can be heard sizzling away. (Andrew Czap via Flickr)

LOUISVILLE, Ky. — Anyone east of the Mississippi River who asks where the beef is needs to know the answer:  Kentucky, of course! As weather warms up and grills are uncovered, burgers and steaks can be heard sizzling away. Do you know the significance of beef in this state, though?

“As the state with the largest cattle inventory east of the Mississippi, Kentucky’s role in beef production is significant,” said David Knopf, director of the NASS Eastern Mountain Regional Office in Kentucky. “A majority of the calves born in the state are bought by feedlots in other states and become part of the U.S. beef supply.”

Total cattle and calf inventory as of Jan. 1, 2017, is 2.16 million, which places Kentucky 14th overall in the United States. Beef cow inventory is 1.02 million, putting the Commonwealth 8th in the U.S. and maintaining its position as the top beef producing state east of the Mississippi River.

“Our most recent Cattle report shows cattle production remains a vital part of the Commonwealth’s agricultural economy,” said Knopf. “Cash receipts of $734 million put it in the top five commodities for the state.”

Kentucky Cattle by the Numbers

For more information on NASS surveys and reports, call the NASS Eastern Mountain Regional Field Office at (800) 928-5277, or visit https://www.nass.usda.gov/Statistics_by_State/Kentucky/. 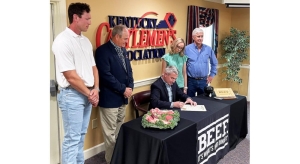 FRANKFORT, Ky. — Kentucky cattle producers joined Kentucky Commissioner of Agriculture Dr. Ryan Quarles Tuesday as he signed a proclamation commemorating the month of May as Kentucky Beef Month. “With 983,000 head of beef cattle in the commonwealth, Kentucky is one of the top 10 states in the country for beef inventory and the largest […] 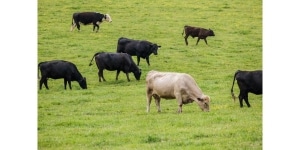 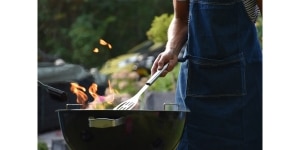 May is all about beef in Kentucky

LOUISVILLE, Ky. — As friends and family gather for much needed time together, the perfect All American menu items will be served! What items will be served? Well steaks and burgers! Kentucky farmers help bring that meat to your table. “As the state with the largest cattle inventory east of the Mississippi, Kentucky’s role in […]

Cooking competitions at the NJAS

Improvements seen in fight against hunger