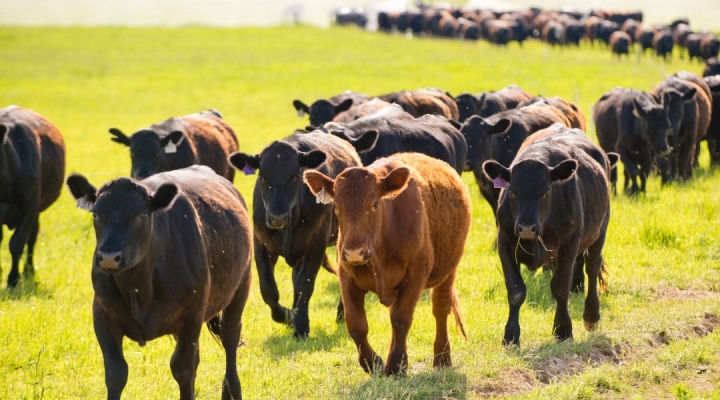 "For U.S. beef exports to maintain a $1 billion-per-month pace is tremendous under any circumstances, but it is especially remarkable given the strong U.S. dollar, continued shipping and logistical challenges and the economic uncertainty our industry and international customers face today,” said USMEF President and CEO Dan Halstrom. (USDA NRCS Montana, Public Domain)

WASHINGTON — U.S. beef exports set new volume and value records in May, topping $1 billion for the fourth time this year, according to data released by USDA and compiled by the U.S. Meat Export Federation (USMEF). While pork exports were well below last year’s large totals, shipments were the largest of 2022 in both volume and value. U.S. lamb exports continued to trend higher, led by growth in the Caribbean and Mexico.

May beef exports reached 135,006 metric tons (mt), up 1% from the previous high posted in May 2021. Export value climbed 20% to $1.09 billion, breaking the March 2022 record. For January through May, beef exports increased 4% from a year ago to 613,266 mt, valued at $5.14 billion (up 34%). Exports to leading markets South Korea, Japan and China/Hong Kong already topped $1 billion each through May, while shipments also trended significantly higher to Taiwan, the Caribbean, the ASEAN region, the Middle East and Central America.

“For U.S. beef exports to maintain a $1 billion-per-month pace is tremendous under any circumstances, but it is especially remarkable given the strong U.S. dollar, continued shipping and logistical challenges and the economic uncertainty our industry and international customers face today,” said USMEF President and CEO Dan Halstrom. “Across a wide range of markets, the momentum for retail beef sales achieved during the pandemic continues, and it’s now complemented by a strong rebound in the foodservice sector. May volume was actually down slightly to both Japan and South Korea, and yet exports still set a new record. That’s a great indication of soaring, broad-based demand for U.S. beef.”

“On the pork side, exports are still trailing the enormous totals from the first half of last year, but we’re seeing upward momentum in several markets,” Halstrom explained. “Shipments to Mexico are on a record pace and demand is strong across most of the Western Hemisphere. China’s hog prices have increased about 40% since mid-June, which supports our forecast for some rebound in China’s demand for imported pork toward the end of the year. Even when China pulls larger volumes from other suppliers, this has a positive impact for U.S. pork in a number of international markets.”

A detailed summary of January-May export results, including market-specific highlights, is available from the USMEF website.