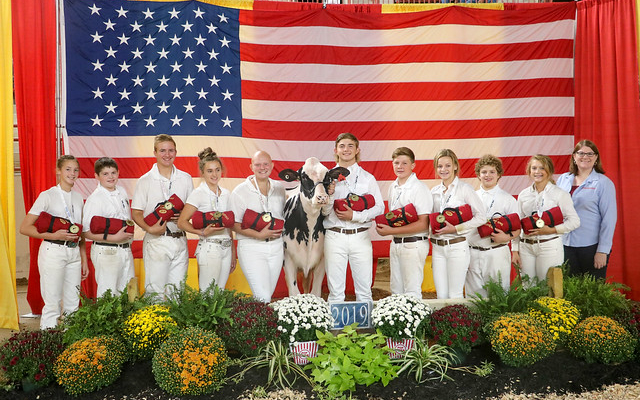 HARRISBURG, Pa. — Bryce Zepp, 15 of New Windsor, MD, rose to the top over 177 competitors to become champion intermediate showman during the 22nd Youth Showmanship Contest during the 2019 All-American Dairy Show at the Pennsylvania Farm Show Complex and Expo Center in Harrisburg.

The contest is part of the Premier National Junior Events, the activities at the core of the All-American that encourage youth to pursue careers in the dairy industry through competitions that test dairy skills and knowledge. In showmanship, participants are evaluated on their ability to best showcase their animal to a judge.

All participants received a coupon for a free milkshake, courtesy of the Pennsylvania Dairymen’s Association.

Remaining winners in the intermediate division were:

Highest Placings for Each Breed