Home / DelMarVa / Maryland State Fair receives multiple 2021 IAFE awards
A new user experience is coming! We'll be asking you to login to your Morning Ag Clips account March 1st to access these new features.
We can't wait to share them with you! Read more here. 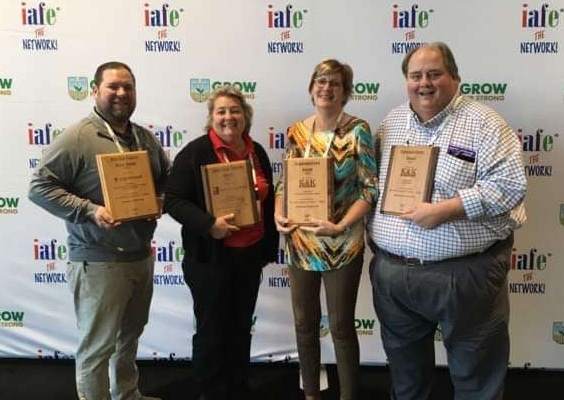 TIMONIUM, Md. – The 2021 Maryland State Fair hit the jackpot earlier this week when it won nine awards at the International Association of Fairs and Expositions (IAFE) Grow Fair Strong Convention in San Antonio, Texas. The Maryland State Fair competed in Division 4 for fairs with attendance of 500,001 – 1 million.

“Our Maryland State Fair team is honored to be recognized for the hard work and dedication it takes to present high-quality, fun, and educational entertainment events for more than a half million fairgoers each year,” said Maryland State Fair General Manager Andy Cashman.

The Maryland State Fair “Prepare for the Fair” 30-second television advertisement aired on regular broadcast and cable television. The ad begins with high energy music and sounds of fair rides. A close-up shot of a woman’s face follows, hair blowing back, mouth open, full of excitement as if she’s riding a fair ride. The music stops and only the sound of a droning hand dryer remains. The ad cuts to a wide shot of the woman actually in a public bathroom with a hand dryer nozzle turned up towards her to make her hair blow back. The hair dryer stops and her hair falls back to her shoulders. The “Prepare for the Fair” theme and Maryland State Fair title card appear with series of ride images. The woman hits the hair dryer button once again to “Prepare for the Fair.”

2nd Place: Newly Established or Evolving Program/Exhibit which promotes agriculture to the fair-going public.
The AG Bitmoji Classroom created with fun videos by Junior Fair Board Member Kylan Keehan were added to the marylandstatefair.com AGventure! web page. The virtual agriculture education activities and learning materials were developed for youth and the general fair-going public to hold their attention, interest and excitement in Agriculture if a traditional fair could not be held. This program, traditional fair or not, will continue to be updated with new AGventures! and be an asset to the online platform.

2nd Place: Fair Agriculture Individual Photo: Equine. Award presented for “That Windblown Look” photo of a girl on her horse with her hair and the horse’s hair blowing in the wind.

3rd Place: Fair Agriculture Individual Photo: Rodeo. Award presented for “A Moment of Silence” photo of a young girl on her horse just before entering the ring to compete in the Maryland State Fair Rodeo Cowgirl Barrel Racing Competition.

1st Place: Unique Event created to utilize the facility during the pandemic: The devastating results of the COVID pandemic caused the Maryland State Fairgrounds to think outside of the box to help meet a variety of needs that arose in the community. The Fairgrounds facilities and parking lots were utilized for: a Baltimore County drive-thru COVID testing facility and a walk-thru vaccination site that served over 200,000 individuals; a Baltimore County Together drive-thru pop-up market with donated fresh meals and resource kits and Amigos of Baltimore County/4MyCity Food Drive donation and pick-up site, which combined served over 5,000 families; and, a satellite location for numerous American Red Cross emergency blood drives.

Hybrid caffeine and cover crop event with David Brandt to be held Dec. 15