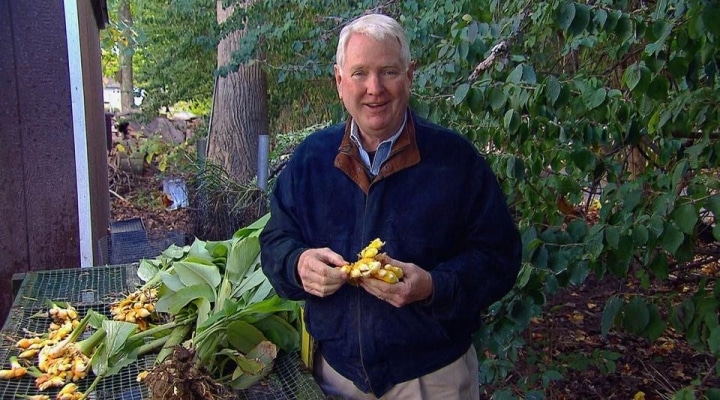 Maryland Public Television’s (MPT) popular original series Maryland Farm & Harvest, now in its ninth season, will feature farms and locations in Anne Arundel, Carroll and Calvert counties during a new episode airing at 7 p.m. on Tuesday, February 8.  Viewers can watch on MPT-HD and online at mpt.org/livestream. (photo by Maryland Department of Agriculture)

The weekly series takes viewers on a journey across the Free State, telling interesting stories about the farms, people, and technology required to sustain and grow agriculture in Maryland, the number one commercial industry in the state.

Joanne Clendining, who has earned two Emmy® awards from the National Capital Chesapeake Bay Chapter of the National Academy of Television Arts & Sciences for her work on Maryland Farm & Harvest, returns as host. She is joined by Al Spoler, who handles duties for each episode’s The Local Buy segment.

Maryland Farm & Harvest airs on Tuesdays at 7 p.m. on MPT-HD and online at mpt.org/livestream. Encore broadcasts are available on MPT-HD Thursdays at 11 p.m. and Sundays at 6 a.m. Each episode also airs on MPT2/Create® on Fridays at 7:30 p.m.

More than 10 million viewers have tuned in to Maryland Farm & Harvest since its fall 2013 debut. The series has traveled to nearly 400 farms, fisheries, and other agriculture-related locations during its first eight seasons, covering every Maryland county, as well as Baltimore City and Washington, D.C.

Off the beaten path: Ground cherries