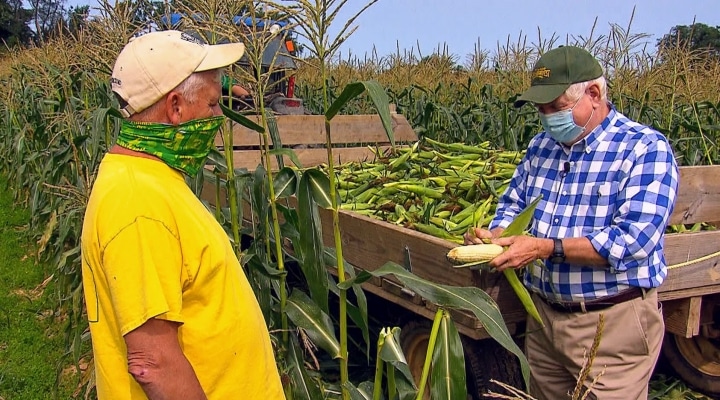 Maryland Farm & Harvest takes viewers on a journey across the state, telling stories about the farms, people, and technology required to sustain and grow Maryland agriculture – the state’s number one commercial industry.

Nearly 10 million viewers have tuned in to Maryland Farm & Harvest since its 2013 debut. The series has taken MPT viewers to more than 360 farms, fisheries, and other agriculture-related locations during its first seven seasons, covering every Maryland county, as well as Baltimore City and Washington, D.C.

New episodes of Maryland Farm & Harvest air on Tuesdays at 7 p.m. on MPT-HD and are live-streamed on MPT’s website. The newest episode will be re-broadcasted on MPT-HD Thursdays at 11 p.m. and Sundays at 6 a.m. and on MPT2/Create® on Fridays at 7:30 p.m.

All past episodes can be viewed at MPT’s website. Specific segments can be found on Maryland Farm & Harvest’s YouTube channel.