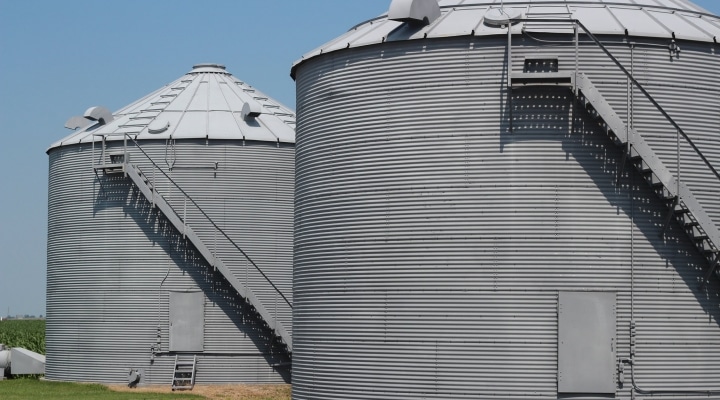 DAVIDSONVILLE, Md. — Each year, farmers and grain handlers risk their lives when they enter large grain bins to remove clumped or rotting grain while machinery is still running. Much like quicksand, flowing grain can bury a worker within seconds.

Because these accidents have become all too common, Nationwide and Maryland Farm Bureau are launching the seventh annual Nominate Your Fire Department Contest in recognition of Grain Bin Safety Week. The goal is to prevent injuries from happening by widely sharing safe bin-entry procedures, such as maintaining quality grain, testing bin atmosphere for toxic gases and wearing proper safety equipment.

“Maryland Farm Bureau is proud to support this great cause to help save lives,” said Wayne Stafford, Maryland Farm Bureau President. “We hope you’ll join us in promoting this contest by getting the word out to family, friends and businesses and encouraging them to nominate their local fire department. Contest winners will receive a grain rescue tube and hands-on training to prepare them if an entrapment occurs.”

“The work that farmers do is critical to the fabric of America, and their jobs are often dangerous,” said Brad Liggett, president of Nationwide Agribusiness, the No. 1 farm insurer1. “That’s why Nationwide is committed to helping first responders save lives, and we’re proud to give them the necessary tools and training. It is imperative to increase access to rescue tubes and comprehensive training so that we can help protect those who serve us every day.”

Grain Bin Safety Week runs this year from Feb. 16-22, 2020, and nominations for the Nominate Your Fire Department Contest are open until April 30. Both are supported by Nationwide and its valued partners, listed here.

For more information about the program, purpose or nomination process, visit grainbinsafetyweek.com or watch this video. Official rules can be found at nationwide.com/GBSWContestRules.

Nationwide, a Fortune 100 company based in Columbus, Ohio, is one of the largest and strongest diversified insurance and financial services organizations in the United States. Nationwide is rated A+ by both A.M. Best and Standard & Poor’s. An industry leader in driving customer-focused innovation, Nationwide provides a full range of insurance and financial services products including auto, business, homeowners, farm and life insurance; public and private sector retirement plans, annuities and mutual funds; excess & surplus, specialty and surety; pet, motorcycle and boat insurance. For more information, visit www.nationwide.com. Follow us on Facebook and Twitter.

Nationwide, Nationwide is on your side and the Nationwide N and Eagle are service marks of Nationwide Mutual Insurance Company. © 2020 Nationwide.