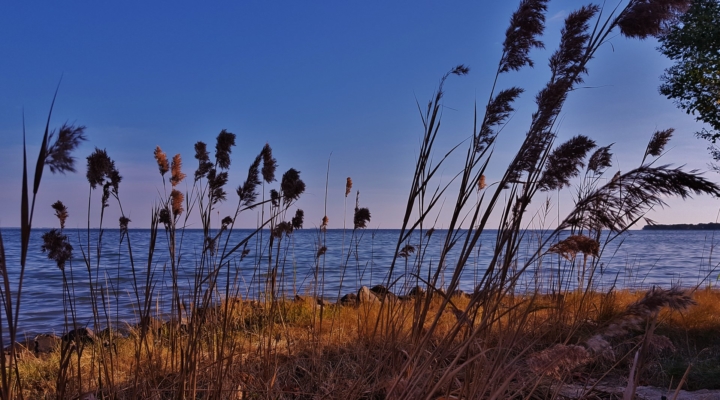 About $5 million the state of Maryland has set aside for farmers to plant protective crops has gone wanting in recent years. For the second year in a row, the state has spent less than it set aside on a program that Maryland uses in its favor when tallying efforts to clean up the Chesapeake Bay. (photo by Matthew Beziat, creative commons/flickr.com)

ANNAPOLIS, Md. (AP) — About $5 million the state of Maryland has set aside for farmers to plant protective crops has gone wanting in recent years.

For the second year in a row, the state has spent less than it set aside on a program that Maryland uses in its favor when tallying efforts to clean up the Chesapeake Bay.

In 2010, under the Clean Water Act, the Environmental Protection Agency set the Chesapeake Bay Total Maximum Daily Load — called a “pollution diet” — for the estuary to minimize major sources of pollution, including nitrogen, phosphorus and sediment, and meet water quality standards.

Low water quality in the Bay can cause dead zones in the water — areas of water with not enough oxygen to sustain marine life.

The standards established by the EPA set pollution limits for the Bay that would reduce nitrogen by 25%, phosphorus by 24% and sediment by 20% in total.

Each of the seven jurisdictions was given distinct limits and required to describe how they would meet their goals in what are called Watershed Implementation Plans.

The EPA set the targets, said Jason Keppler, the state’s Watershed Implementation Plan manager, and Jason Schellhardt, the Maryland Department of Agriculture’s communications director, and the state is given the flexibility to design programs that will meet its goals.

One of these is Maryland’s cover crop program for local farmers.

After harvesting for the season, farmers can plant more crops — wheat, barley, rye, and legumes — to cover their land, i.e. cover crops. These plantings hold the soil together and sequester and absorb excess nutrients, according to the Maryland Department of Agriculture.

The cover crops take up the excess nitrogen from previous fertilizers and prevent them from flowing downstream into the Chesapeake, said Colby Ferguson, government relations director at the Maryland Farm Bureau. Additionally, the cover crops reduce sediment and phosphorus erosion.

To encourage participation in the cover crop program, Keppler and Schellhardt said, the department pays farmers per acre to plant crops as a part of the state’s Watershed Implementation Plan.

This year, the state allocated $22.5 million to the program, according to this year’s cover crop brochure.

To qualify for this year’s program, farmers had to apply between June 21 and July 17 at soil conservation district offices. The last day to plant cereal grains was Nov. 5, and other types of cover crops had earlier deadlines.

As a part of the program, farmers are not allowed to sell their harvested cover crops as a grain. If a farmer decides to sell the grain, they forfeit money from the cover crop program.

Farmers may have livestock graze the cover crops, the Maryland Department of Agriculture said.

Following the planting of cover crops, the Department of Agriculture confirms the number of acres that were planted before paying for them, said Rob Schnabel, Maryland restoration biologist at the Chesapeake Bay Foundation.

Payments are per acre and depend on when the cover crops were planted and removed. In this year’s program, crops left to grow after May 1, 2020, qualify as “Extended Season” and receive an incentive payment of $15 per acre.

Keppler said that the department “(tries) to encourage early adoption of cover crops” because it reduces the time that the soil is left uncovered.

According to the state’s Phase III Watershed Implementation Plan, the state increased funding to the cover crop program to $25.5 million per year starting this year, covering around 470,000 acres.

According to Nicholas Pepersack, deputy chief of staff at the Department of Budget and Management, this amount has not been allocated since fiscal year 2015.

The cover crop program offsets the costs of planting to encourage farmers to use the program.

There are benefits to the farmers other than financial incentives.

Leaving crops in the ground over the winter helps retain the soil, Ferguson said, which is to the farmer’s advantage.

The plant material is left on top of the soil and functions similar to mulch. The organic matter improves soil quality and holds in water so the soil does not dry out as fast.

Last program year, counties on the Eastern Shore received the highest amount of payouts compared to other counties in the state. A program year starts from when a farmer signs up for the program and then harvests the crop the next spring.

In recent years, participation in the program has decreased, according to data from Maryland’s Department of Agriculture.

During the 2018-2019 cover crop program, around 1,274 farms participated in the program, down 10% from the 2017-2018 program. The exact number cannot be confirmed because of differentiations between two Maryland Department of Agriculture datasets.

(One dataset includes historical data, which the department explained should be used because the data is likely more consistent over time. Another dataset contains each farm that signed up for the program and includes slightly different program totals than the historical dataset. The Maryland Department of Agriculture said that this dataset may be different because it may include some refunds from farmers. Historical data is used for this story.)

Harborview Farms in Kent County has been the largest user of the cover crop program in the last two years. During the 2018-2019 program, Harborview Farms planted over 9,500 acres and received over half a million dollars from the state. Attempts to contact representatives for the farm were unsuccessful.

Additionally, 11 farms in the state received over $100,000 each from the program for planting over 2,000 acres of crops.

In the last seven years, farmers signed up for a total of over 600,000 acres per year. Through the 2016-2017 program, at least 68% of the acres signed up for the program were actually planted, and it peaked at nearly 81% that year.

During the 2017-2018 program, the number of participants who signed up and actually planted their cover crops dropped to below 60%. From 2017 to 2018, the final number of acres paid for by the state compared to the initial number of acres registered dropped by 25 percentage points.

The drop in participation was weather-related, Astle said.

Wet weather in the spring can delay the planting of crops, which pushes the harvest back and a farmer’s ability to participate in the cover crop program.

Because the weather has been drier this year, Astle said he anticipates higher participation in the 2019-2020 program.

Because planted acreage is down, the state is spending less on the program than it has allocated.

In the last two years combined, the state has spent nearly $36 million. However, the program typically has been allocated annually between $22 million and $24 million split, nearly equally, between the Chesapeake Bay Trust Fund and the Bay Restoration Fund, Pepersack said.

“Any unspent funds from the (Bay Restoration Fund) remain in the cover crop program and are carried over to the following fiscal year,” Pepersack said in an email. Remaining funding from the Chesapeake Bay Trust Fund is reverted back to the trust fund at the end of the fiscal year.

Not everyone is on board with increasing the allocation of funding to cover crops in Phase III of the Watershed Implementation Plan.

Capital News Service reached out to a number of farms that have participated in this program, but none responded.

This story was produced by the University of Maryland’s Capital News Service.