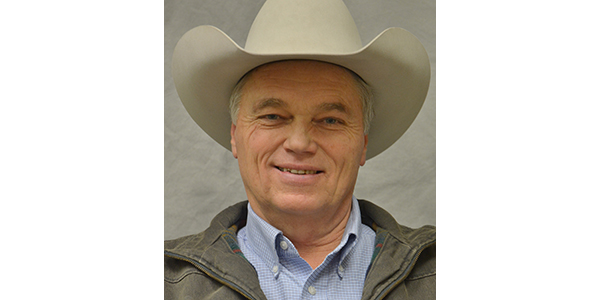 SAN ANGELO, Texas — Marvin Ensor, state and regional program leader with the Texas A&M AgriLife Extension Service, will conclude his 37-year career with the agency with his retirement effective Dec. 31.

As state program leader, Ensor was charged with working with agricultural leaders across the state to identify and address emerging issues in the state and to provide direction to current AgriLife Extension programs.

“Marvin Ensor leaves a legacy within the agency,” said Dr. Susan Ballabina, Ensor’s immediate supervisor and AgriLife Extension executive associate director at College Station. “He is known for his commitment to the AgriLife Extension program development model, strong production agriculture programming, youth livestock programs and volunteer engagement. He helped define the regional program leader role when it was established, with the goal of advancing agency programs.

“Throughout his career, Marvin has exhibited his commitment to excellence. He has demonstrated effectiveness in collaboration with commodity groups, been a leader in creating evaluation strategies to demonstrate program impact and facilitated agent/specialist teams to support strong programming. His impact within our agency is strong and lasting.”

Dr. Doug Steele, AgriLife Extension director at College Station, in announcing Ensor’s retirement within the agency, wrote: “Marvin has made innumerable impacts on AgriLife Extension over the course of his 37-year career and I sincerely appreciate the leadership he has provided our agency.”

Ensor worked with AgriLife Extension agents, specialists and external partners throughout his career initiating major agricultural events, the most recent being the Texas Sheep and Goat Expo in San Angelo. The August event, which draws several hundred participants from across Texas and other states, is currently that industry’s leading educational event according to the latest figures.

“I grew up in Bronte, so when I moved to Tom Green County to accept the agent job, I was coming home,” Ensor said. “Being from a small West Texas community, the 4-H youth program has always has been a part of my life and an important part of my career. And with three daughters and now six grandchildren becoming involved, 4-H continues to play a strong role for me and my family.

“I’ve truly enjoyed working with 4-H members and their families over my career. It’s a very rewarding feeling to be able to help young people develop critical life skills and then to watch them as they grow into responsible, productive citizens and to realize you were a part of that success.”

He is the recipient of the National Agricultural County Agents Association Distinguished Service Award, and has garnered four AgriLife Extension Superior Service Awards.

“I’ve been blessed with a career I’ve truly enjoyed,” he said. “It allowed me to work in the field of agriculture with both adults and youth. I will miss the great people I work with in AgriLife Extension and the opportunities to make a positive difference.”

Ensor said he and his wife Karen plan to remain in San Angelo, “chase grandkids,” and remain active in the 4-H youth program as a family.