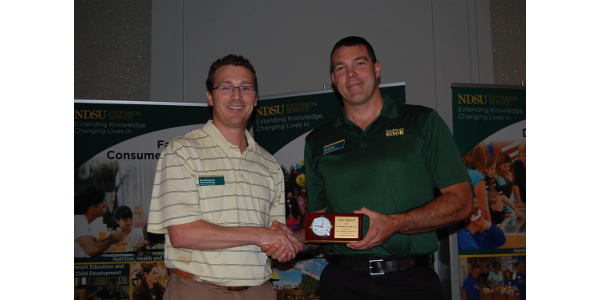 Markell, who joined NDSU Extension in 2007, was honored for his expertise and professionalism in delivering educational programs and information to the public. He received the award during Extension’s statewide conference held Oct. 24-27 in Fargo.

Markell also has led a statewide effort to increase awareness about soybean cyst nematode (SCN), a devastating pathogen of soybeans that is spreading through North Dakota. As part of this effort, Markell worked with the North Dakota Soybean Council, which provided funding to support a statewide SCN sampling effort through Extension’s county offices. He also co-organized multiple field days with Extension agents and developed teaching materials.

In addition, he is leading a national effort on SCN called the “SCN Coalition,” which is a collaboration of public and private partners whose mission is to more effectively manage SCN nationally.

Markell grew up in Minnesota and graduated from NDSU with B.S. and M.S. degrees before earning a Ph.D. at the University of Arkansas in 2007. 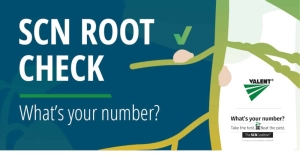 WAUKESHA, Wis. — Soybean cyst nematode (SCN) is the leading yield-robber of the soybean crop in North America, causing more than $1.5 billion in losses annually. The good news is soybean farmers can actively manage SCN to protect yield potential. To bring attention to the importance of active SCN management, The SCN Coalition and Valent have joined forces […] 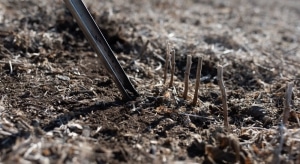 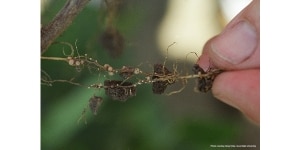 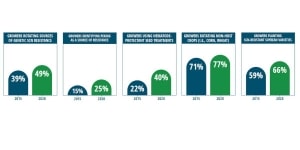