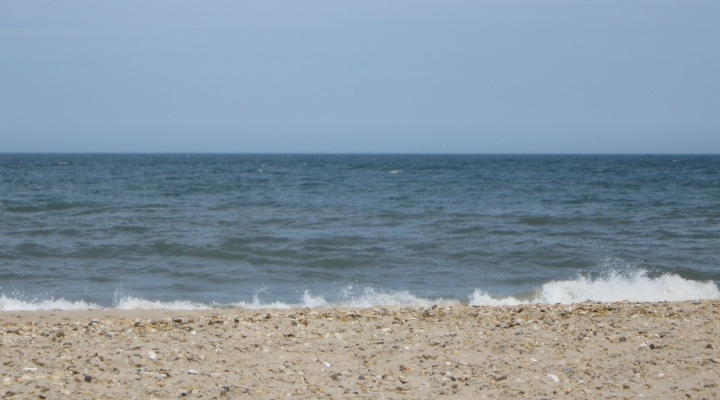 The School of Marine Science and Policy in the University of Delaware’s College of Earth, Ocean and Environment has run a summer Research Experiences for Undergraduates (REU) program for more than 30 years, bringing students from across the country to UD’s Lewes campus for 10 weeks in order to participate in hands on research internships guided by UD faculty in marine science. (photo by The West End, Creative Commons/flickr.com)

NEWARK, Del.. — The School of Marine Science and Policy in the University of Delaware’s College of Earth, Ocean and Environment has run a summer Research Experiences for Undergraduates (REU) program for more than 30 years, bringing students from across the country to UD’s Lewes campus for 10 weeks in order to participate in hands on research internships guided by UD faculty in marine science.

When the coronavirus (COVID-19) pandemic hit and it was clear that the REU program would not be able to proceed as it would during a normal year, Joanna York, associate professor in the School of Marine Science and Policy and coordinator of the program, had two options: cancel the program completely or move it to an online model. She decided that while they couldn’t have the same program as years past, they could still hold an immersive, online experience for the participating students.

When the decision was made to go remote, York said she was amazed at the support she got from across the faculty and from Delaware Sea Grant which offered its help with the remote REU programming.

“It speaks to the community that we have here and it also speaks to a lot of us wanting to have some sense of normalcy and wanting to contribute to the development of young scientists in any way that we can,” said York.

The 12 students who participated in the online REU program came from all over the United States, including one participant from the U.S. Virgin Islands. The program ran for three weeks in June, with two sessions a day.

Instead of the research-based experience that students would normally get, this year’s program focused on professional development, writing and communication skills, technical analysis workshops — such as learning to code with R, a programming language and environment for statistical computing and graphics — as well as scientific seminars led by faculty from the School of Marine Science and Policy and Delaware Sea Grant professionals.

Elizabeth Hoots, a rising senior at the University of Idaho who has a double major in Spanish and ecology and conservation biology, said she was happy to have the opportunity to participate in an REU program, even if it was remote.

“I was so grateful to have Joanna organize this REU online because I applied to a lot of REU programs and as COVID became a problem, I kept getting emails saying that other programs were cancelled and that they were not able to do online programming,” said Hoots. “So I feel very fortunate that UD offered any kind of programming.”

Utilizing Zoom video conferencing technology, the students had informative career panels as well as sessions outlining the ways to find funding for graduate school and the necessary steps to take when applying to graduate school.

Matt Cheng, a rising senior at the University of New Hampshire studying marine, estuarine and freshwater biology with a minor in zoology, said that he enjoyed learning about the different career paths taken by faculty members.

“For every seminar, the researchers from UD gave a brief overview of their career paths and it was interesting to see how not everyone had just one straight shot to a professorship. It was a long, winding path to being a professor,” said Cheng. “It really put into perspective how you don’t have to rush into things. You can experience life more before you try to get into this certain position.”

Hoots said that being exposed to different talks by UD faculty from a wide range of disciplines, hearing about their research and getting to ask them questions was incredibly beneficial.

Cheng added that the career panels and communications panels made him realize the importance of informing the general public about science and improving scientific literacy, which is something he will use going forward at New Hampshire.

“I drew on that idea of scientific literacy, and I’m starting a study for my lab at my home institution which involves local fisherman and local cooperatives,” said Cheng. “That’s something that I drew from this experience, advancing science not just in the field but also in the general public.”

Hoots and Cheng both said that another important aspect of the REU program was getting to network with their peers.

“I really enjoyed getting to know the other students on this REU, and I am grateful for the sense of community that I got out of this,” said Hoots. “It was nice to have that community — even at a long distance — of people who are like-minded, people who have the same summer plans as me and are in the same boat, so to speak.”

She added that in addition to her REU peers, it was great to make connections with faculty at UD and professionals from Delaware Sea Grant.

“I felt like every faculty member who spoke to us and everyone from Delaware Sea Grant was really open to us contacting them with questions and getting to know us and our goals and that’s really touching,” said Hoots. “It’s hard to make that kind of connection right now. As someone applying to graduate school, because I can’t go to conferences and meet people, it means the world. So just feeling connected to the Delaware community even while I’m across the country was really special.”