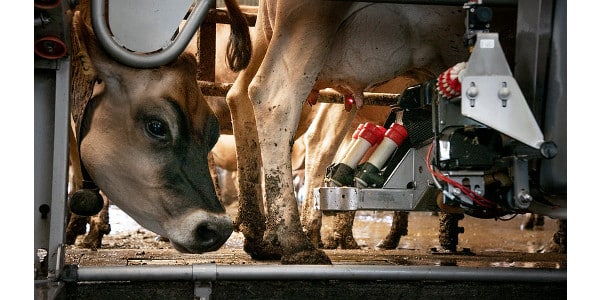 Production per cow in Michigan averaged 2,340 pounds for March, 5 pounds above March 2020. (USDA Photo by Lance Cheung via Flickr)

LANSING — Dairy herds in Michigan produced 1,034 million pounds of milk during March, up 3.5 percent from a year ago, according to Marlo Johnson, Regional Director of USDA, NASS, Great Lakes Regional Office. Production per cow in Michigan averaged 2,340 pounds for March, 5 pounds above March 2020. The dairy herd was estimated at 442,000 head for March, up 14,000 head from a year earlier.

Fall and winter drought could cause challenges