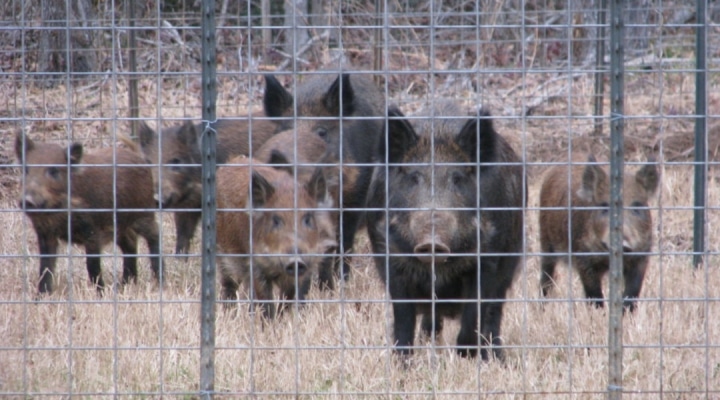 Feral hogs’ role as a disease vector will be covered during the March 3 webinar, as will be the relationship between disease and wildlife conservation. (Texas A&M AgriLife photo)

“We are thrilled to feature Dr. Johnson for our March webinar and grateful for her insight and perspective for landowners,” said Morgan Treadwell, Ph.D., AgriLife Extension rangeland specialist and series co-creator, San Angelo. “Johnson’s research program is tackling some of the most challenging problems in the state right now. For example, the movement of vectors and disease-causing pathogens by feral hogs.”

Johnson’s expertise in identifying priorities at the livestock interface has led to enhanced understanding of wildlife epidemiology, which will in turn benefit wildlife health, agricultural productivity, biodiversity and human health, Treadwell said.

Called the “father of wildlife ecology,” Aldo Leopold was considerably ahead of his time when he devoted an entire chapter to the control of disease in his seminal book Game Management published in 1933, she said.

Leopold recognized that disease was likely playing a much bigger role in wildlife conservation than realized and that wildlife population densities were probably governed by disease, Johnson said.

“As a disease ecologist, I study patterns of diseases in populations, with an emphasis on understanding the principles that underlie disease patterns,” Johnson said. “I strive to understand how host-pathogen-vector interactions influence the emergence of new diseases, the spread of familiar ones, and the appearance of outbreaks and epidemics.”