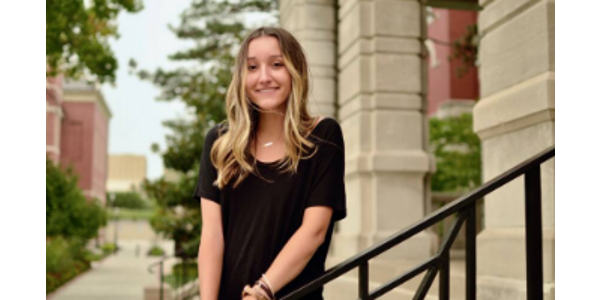 COLUMBIA, Mo. — Tucked away in various spots on Mizzou’s campus are 21 sustainability initiatives.

Environmental sciences senior Erin Votaw is no stranger to these initiatives and their locations on campus. Votaw created an interactive map that allows users to tour Mizzou’s campus and learn about the environmental facilities and services MU offers. Her map is now featured prominently on the University of Missouri Sustainability Office’s website.

“There can kind of be a gap between scientists and the public in ways that we present our information,” Votaw said. “All the information that I put on the map is already out there, but this is just a new way to present it. Maybe with a map, people will be more likely to learn about all of these things, instead of having to seek them out.”

The sustainable initiatives featured on the map range from beehives on campus, to bike shares to recycling locations.

“Hopefully when people are going through the map they’re imagining themselves on campus and can be aware of what’s around them,” Votaw said.

She hopes this interactive map will help others to increase their sustainability efforts too.

“We have a lot of resources here,” Votaw said. She said the sustainability initiatives won’t have an impact if students don’t know about them and don’t participate in them.

“Even though I’m an environmental science student here, I still wasn’t aware of some of the things that I put on the map at the time,” Votaw said.

To learn more about sustainability at MU, she did research and received input from MU’s Sustainability Office.

Votaw created the map as a part of a project for the Honors College.

The idea for an interactive map was sparked after taking map making courses to become certified in Geographic Information Sciences, a program that equips students with skills essential to analyze spatial data.

Votaw found her passion for environmental sciences while growing up in Southlake, Texas.

“In high school, I took an environmental science class and that was my first exposure to all of it,” Votaw said. “I really enjoyed that and was passionate about the issues that we talked about.”

Votaw hopes to work in environmental issues and sustainability post-graduation.

You can view the interactive map here.