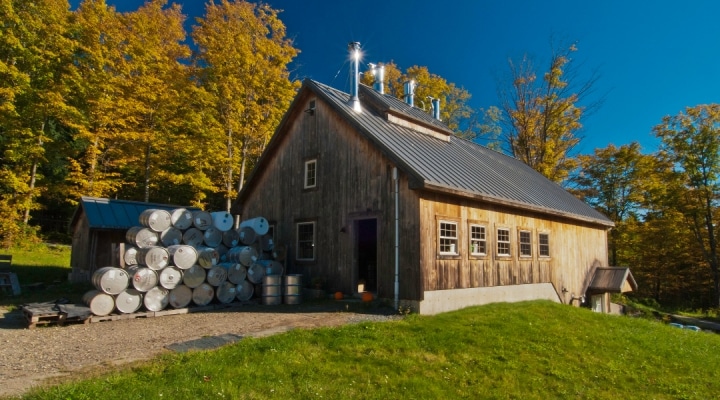 Vermont’s 2020 value of production totaled $52.7 million, down 9% from the previous season. The average retail price per gallon was up 2% at $45.50 per gallon. (U.S. Department of Agriculture, Flickr/Creative Commons) 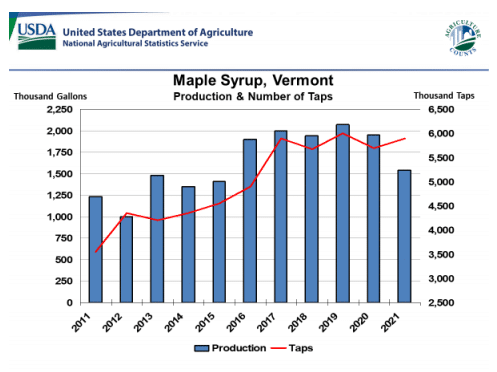 Vermont maple syrup producers put out 5.90 million maple taps in 2021, an increase 4% from the 2020 total. Yield per tap is estimated to be 0.261 gallon, down from 0.342 gallon from the previous season. Location played a significant part in individual production. The earliest sap flow reported was January 25 in Vermont. On average, the season lasted 28 days, compared with 38 days in 2020.

Vermont’s Ag Secretary Anson Tebbetts adds, “Mother Nature was the story in 2021. Vermont maple producers were faced with wild weather changes, ups and downs, starts and stops. But as always Vermont producers rode the waves and produced another national leading high quality crop. We are proud of our sugar makers who are producing a natural sweetener that’s being served at breakfast, lunch and dinner.”