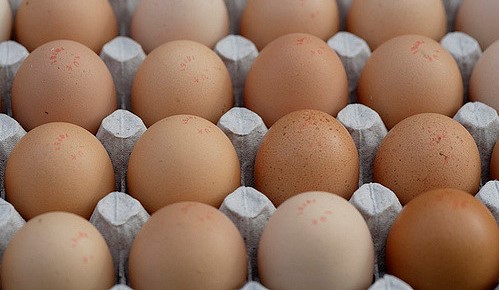 Initially sponsored by Sen. Kevin Daley, R-Lum, Senate Bill 174 was amended by Rep. Jim Lilly, R-Park Twp. in the Michigan House Committee on Ways and Means to adjust the cage-free deadline to 2024. That amendment passed unanimously. The amended bill was passed by the Michigan House of Representatives on November 6 and passed in a concurrence vote by the Michigan Senate today.

“It is rare to have everyone at the table, working together, to protect the health of Michigan hens and the vitality of our family farms,” said Allison Brink, executive director of MAPI. “Through the leadership of farmers and advocates, Michigan will be the largest egg-producing state to mandate cage-free housing for egg-laying hens.”

Michigan is home to more than 15 million egg-laying hens and is currently sixth in the nation in egg production, which makes this legislation vitally important to the future of farming.

Hundreds of companies made national commitments with the Humane Society of the United States, promising to sell only cage-free eggs by 2025, including dozens that do business in Michigan. In response, farmers are investing millions to build new, cage-free hen houses, and are proactively working to complete the transition.

Eight and a half million Michigan hens are currently living in cage-free houses, approximately 56 percent of the total egg-laying hen population. Another million (6 percent) will live cage-free by the end of 2020.

If passed and signed into law, Michigan would be the fifth state, and the largest egg producing state in the nation to adopt a cage-free requirement, joining California, Washington, Oregon and Rhode Island.

Legislation to streamline foodbank donations
May 11, 2020