Home » Many key ag policy issues on the forefront

LAKE CRYSTAL, Minn. — Over the past few years, Farmfest has been a major event for discussing key issues affecting farm families, the ag industry and rural communities in Minnesota and the Midwest. Many of these same issues that were discussed at Farmfest in early August will likely frame the discussions on ag and rural policy issues in Washington, DC in the next few years. Following are some of the main issues that were discussed during the 2021 Farmfest forums:

Throughout the Summer of 2021, drought conditions have intensified in most of the Northern Plains and Northwest Corn Belt States. Livestock producers in those areas are being especially hard-hit by the extended drought conditions with exhausted pastures and depleted feed supplies. Many beef cattle producers are being forced to reduce their herd sizes due to limited pasture and hay resources. USDA has announced the potential for emergency haying and grazing on land enrolled in the Conservation Reserve Program (CRP) in areas of Minnesota that are the most severe drought. Livestock producers should check with their local FSA office regarding eligibility, enrollment details, and requirements for emergency haying and grazing of CRP acres. Eligibility requirements and details on all USDA drought assistance programs are available at local FSA offices. Details and updates the USDA drought programs can also be found at: https://www.fsa.usda.gov/programs-and-services/disaster-assistance-program/index

There are numerous other issues and programs that impact Greater Minnesota in a variety of ways that were surfaced during the Farmfest forums including rural health care, labor shortages, expansion of broadband coverage, and infrastructure needs. Congress is likely to make some key policy decisions in the coming years. 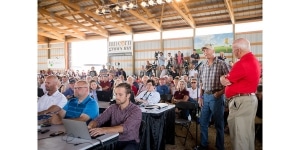 REDWOOD FALLS, Minn. — The 2021 Farmfest Feature Forums will have a heavy emphasis on key topics and policy issues affecting farm families and rural communities. This includes “big picture” policy issues such as the infrastructure bill in Congress, changes in tax policy, climate change legislation, and future U.S. and Minnesota energy policy. The forums […]

REDWOOD FALLS, Minn. — The panel members for the 2021 Farmfest Feature Forums were recently announced. The forums will be held August 3, 4, and 5, in the Wick Buildings Forum and Education Center on the Farmfest Site, which is located at the Gilfillan Estate, 7 miles southeast of Redwood Falls, Minnesota. Farmfest will be […]