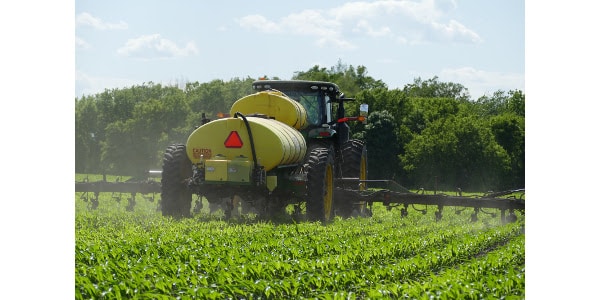 While annual precipitation has been trending upward across Minnesota, excessive rainfall during the growing season has been especially pronounced in south-central and southeast Minnesota the last few years.

What does all of this rainfall mean for agriculture?

For corn growers, greater precipitation means fewer days available for field work, delayed field operations, compacted soils, nitrogen loss and often yellow corn. With all of this rain, farmers and their advisors may be wondering: should I change my nitrogen management practices?

While I still recommend, first and foremost, following the University of Minnesota’s nitrogen rate guidelines for corn and using the Nitrogen Rate Calculator, recent research in southeast Minnesota suggests that split application of nitrogen may be worth trying.

The University of Minnesota has partnered with the Minnesota Department of Agriculture, Minnesota farmers and their agricultural advisors to conduct research and education on how to optimize nitrogen rate and timing for corn. Since 2015, 16 on-farm research trials have been conducted in southeast Minnesota. The data are shared with participants and entered into the Nitrogen Rate Calculator, the U of M’s database and are a source for nitrogen rate guidelines for corn grown in Minnesota.

What is causing the wide range and uncertainty in optimum nitrogen rates?

What can farmers do to minimize these losses and maximize economic return on nitrogen fertilizer?

A version of this article was originally published by Agri News online on February 6, 2020, and in the February print issue of the Agri News newspaper.

How to take and interpret basal stalk nitrate test
September 21, 2020