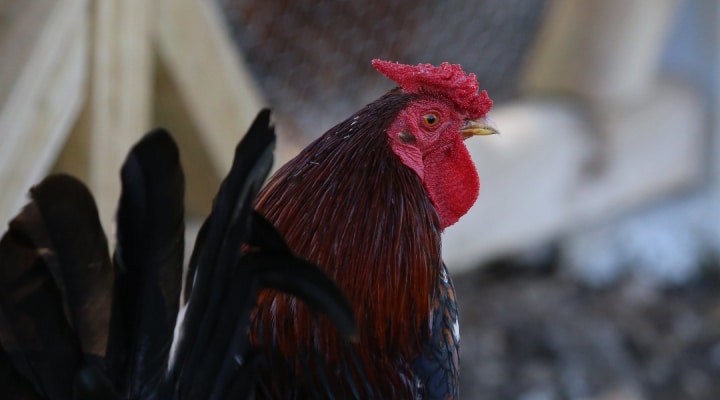 NORTHAMPTON, Mass. (AP) — A Holyoke man has pleaded guilty to charges connected to his involvement in a cockfighting operation that included more than 400 chickens and roosters on a western Massachusetts farm in 2018.

The Daily Hampshire Gazette reported that 59-year-old Miguel Rodriguez pleaded guilty in Northampton District Court on Thursday to owning, possessing and training animals for fighting and an animal cruelty charge.

Judge Jacklyn Connly sentenced Rodriguez to two years of probation, with the first six months to be served under home confinement, the paper reported.

Rodriguez will be equipped with a GPS monitoring device while confined to his home, according to the Northwestern district attorney’s office.

The plea comes nearly three years after police discovered hundreds of birds in squalid conditions. The birds were suspected of being raised for cockfighting and were discovered during a barn inspection.

Two other co-defendants — Salvador Cruz, 60, of Florence, and John Mercado, 49, of Easthampton — earlier pleaded not guilty and are due back in court Feb. 26.

Marty Irby, executive director of Animal Wellness Action, said it’s “shameful to see cockfighters in Massachusetts are merely given a slap on the wrist.”

“Cockfighting remains a high-risk breeding ground for the next COVID-19 type pandemic as gamecocks utilized in this illegal practice are frequently shipped around the globe and carry highly transmissible plagues such as Newcastle Disease and Avian Influenza,” Irby said in a statement. “The U.S. Dept. of Justice should intervene and take serious action against Rodriguez and his cohorts engaged in this criminal activity and prosecute them to the fullest extent of the federal law.”

NEGC will feature sessions offered in Spanish on Nov. 3
September 12, 2021