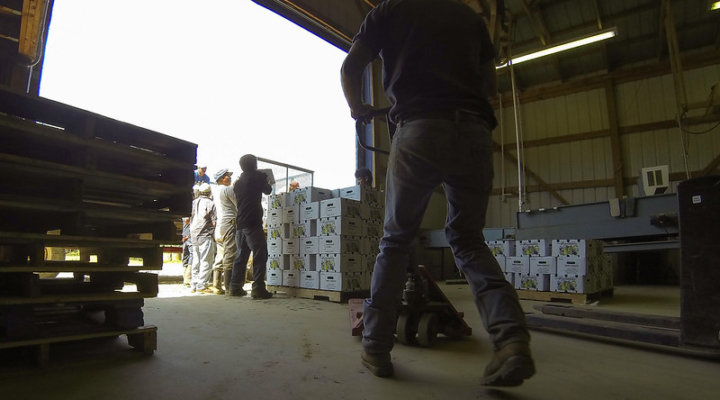 24-year-old Chase Atkins has been cited to appear in court in November. (Stock photo via U.S. Department of Agriculture, Public Domain)

ADDISON, Vt. (AP) — A Vermont man is accused of a hate crime against an immigrant rights group that advocates for migrant farmworkers.

Vermont State Police say 24-year-old Chase Atkins, of Addison, let the air out of the tires of a vehicle of a Migrant Justice worker at an Addison farm on Aug. 23. They say several days later, he left a phone message with the group asking them not to return to farms.

Police say the message “would have left a reasonable person to feel threatened and intimidated.”

Atkins has been cited to appear in court in November on charges of disturbing the peace by telephone with a hate crime enhancement.

It was not immediately known if he is being represented by an attorney. No phone listing could be found in his name.