Home / California / Making water conservation a way of life
A new user experience is coming! We'll be asking you to login to your Morning Ag Clips account March 1st to access these new features.
We can't wait to share them with you! Read more here. 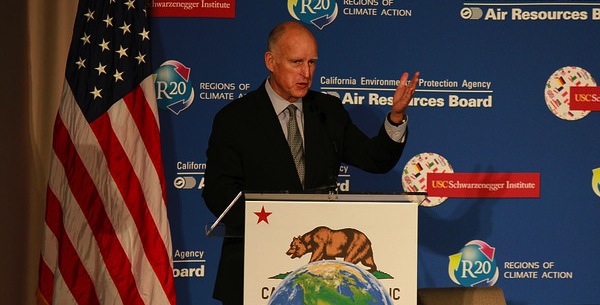 SACRAMENTO — As Governor Edmund G. Brown Jr. ended the drought state of emergency in most of California, state agencies released a long-term plan to better prepare the state for future droughts and make conservation a California way of life.

Building on the successes and lessons learned from California’s five-year drought, the plan establishes a framework for long-term efficient water use that reflects the state’s diverse climate, landscape and demographic conditions. Achieving the plan’s goals will help all of California better prepare for longer and more severe droughts caused by climate change, as directed by the Governor’s May Executive Order.

“This framework is about converting Californians’ response to the drought into an abiding ethic,” said California Department of Water Resources Acting Director Bill Croyle. “Technically, the drought is over, but this framework extends and expands our dry-year habits. Careful, sparing use of water from backyards to businesses and farm fields will help us endure the next inevitable drought.”

California’s climate is the most variable in the nation and naturally swings between flood and drought. Climate change is increasing average temperatures, shrinking the Sierra Nevada snowpack, and creating more extreme droughts and storm events. California’s recent historic drought included the driest four-year period, the warmest three years and the smallest Sierra snowpack in state history, while this winter’s storms created one of the highest precipitation totals in the last 150 years.

Recognizing these long-term risks, the plan seeks to move the state from the temporary, emergency conservation measures in effect during the drought to a more durable approach that will ensure all communities are improving water use efficiency and extending their supplies. These measures will help achieve a top priority in the Governor’s Water Action Plan – to “make conservation a California way of life.”

“California’s farmers and ranchers practice conservation every day,” said California Department of Food and Agriculture Secretary Karen Ross. “They are prepared to continue in that spirit in adherence to groundwater regulations and the adoption of more efficient irrigation systems.”

After Governor Brown called for a 25 percent reduction in urban water use in 2015, Californians rose to the challenge and saved 24 percent during the 12 months the mandate was in place. Even after the strict standards were lifted last May, Californians continued to save water, with cumulative savings staying above 20 percent. This plan builds on that success to establish long-term conservation measures.

Central to the plan is a requirement that the state’s 410 urban water suppliers meet new water use targets. Suppliers would calculate their unique water efficiency targets based on a common methodology that takes into account the diverse climatic, demographic and land-use characteristics of each agency’s service area. Urban water suppliers would set new targets by 2021 with a full compliance deadline of 2025.

“Californians stepped up big time during the drought,” said Felicia Marcus, chair of the State Water Resources Control Board. “This plan allows us to build on that success and prepare for the longer and more frequent droughts we know are coming under climate change, in a way that is equitable and cost-effective. Efficiency is the cheapest and smartest way to extend our water resources.”

The plan involved extensive stakeholder outreach and engagement, with more than 20 public meetings held around the state. In order to implement the key actions of this plan, the agencies will continue to solicit stakeholder and public input.

Other key elements of the plan include:

Some of the actions described in the report will require new legislation and expanded state authority, while others can be implemented under existing authorities. All aim to achieve the four main objectives of the Governor’s Executive Order B-37-16: use water more wisely, eliminate water waste, strengthen local drought resilience, and improve agricultural water use efficiency and drought planning.

The plan, Making Water Conservation a California Way of Life, Implementing Executive Order B-37-16, was prepared by the Department of Water Resources, the State Water Resources Control Board, the Public Utilities Commission, Department of Food and Agriculture and the Energy Commission. For more information on the development of the plan visit www.water.ca.gov/wateruseefficiency/conservation/.