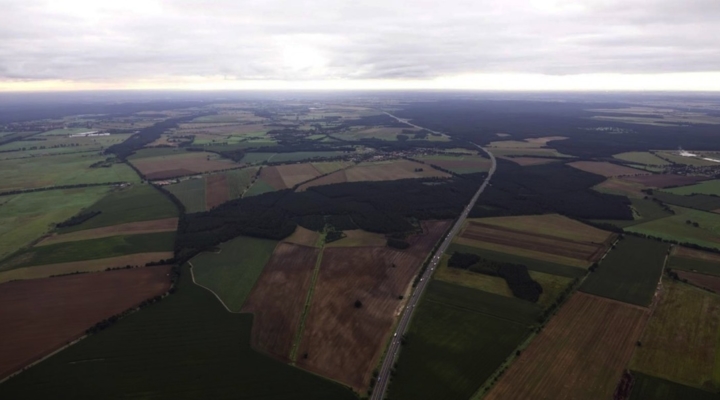 Weather phenomena such as El Niño affect up to two-thirds of the world's harvests. In photo farmers' fields in Kremmen north-west of Berlin, Germany. (Sebastian Röder)

ESPOO, Finland — According to researchers at Aalto University, Finland, large-scale weather cycles, such as the one related to the El Niño phenomenon, affect two-thirds of the world’s cropland. In these so called climate oscillations, air pressure, sea level temperature or other similar factors fluctuate regularly in areas far apart in a way that causes rain and temperature patterns to shift significantly.

‘During recent years, researchers’ ability to predict these oscillations has improved significantly. With this research, we highlight the potential of utilizing this improved forecasting skill in agricultural planning. This could improve the resilience of agriculture to climate related shocks, which can improve food security in many areas across the globe’, says Matias Heino, a doctoral candidate at Aalto University.

The study, published in Nature Communications, is the first global study which examines the impacts of the El Niño-Southern Oscillation as well as the similar North Atlantic Oscillation, and the Indian Ocean Dipole, on global food crop production.

These climate oscillations can be divided into different episodes depending on their phase. It is already known that El Niño and its opposite phase, La Niña, have a clear effect on corn, soy, rice, and wheat yields in many areas across South Asia, Latin America and southern Africa.

‘Our study showed that the North Atlantic Oscillation, NAO, significantly affects crop production in many parts of Europe, but also in North Africa and the Middle East’, says assistant professor Matti Kummu from Aalto University.

The North Atlantic Oscillation describes the relationship between the Icelandic low pressure and the Azores high pressure areas. When the air pressure in Iceland is significantly lower than in the Azores, stronger winds increase the transport of warm, moist air from the Atlantic to Europe. During the other phase of the North Atlantic Oscillation, when the air pressure difference is smaller, less than average amounts of mild air flow to Europe. It makes the winters colder and less rainy.

In the Indian Ocean Dipole, the surface water temperature of the Indian ocean fluctuates regularly in the ocean’s eastern and western parts: When the surface water is warmer in the Western Indian Ocean, the temperatures in the Eastern Indian Ocean tend to be lower, and vice versa. The IOD phenomenon affects food crop production particularly in Australia, where the crop productivity may, depending IOD’s phase, be up to 8 per cent smaller or 6 per cent larger compared to the average.