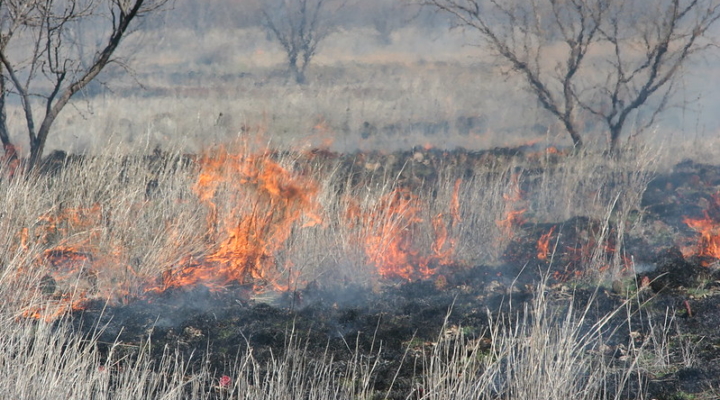 Today, Agriculture Commissioner Nicole “Nikki” Fried announced major changes and enhancements to the state’s prescribed burning program, which is authorized by the Florida Department of Agriculture and Consumer Services and the Florida Forest Service.

TALLAHASSEE, Fla. — Today, Agriculture Commissioner Nicole “Nikki” Fried announced major changes and enhancements to the state’s prescribed burning program, which is authorized by the Florida Department of Agriculture and Consumer Services and the Florida Forest Service. Prescribed burning in Florida is a national model for successfully managing statewide forests and lands through safe, controlled, carefully managed prescribed fire. A scientifically sound practice, prescribed burning is used to reduce the threat of wildfires and manage agricultural lands for cattle grazing, sugarcane, and timber.

“Keeping Florida’s residents, communities, and environment safe is my number one priority. The historic changes we’re announcing today will enhance public safety, reduce human impacts, and appropriately regulate prescribed burning, a practice with a strong scientific basis,” said Commissioner Nikki Fried. “Upon taking office, I committed to taking new approaches to issues, and today’s enhancements are the first changes in nearly 30 years to some of these procedures. These changes are the first step, not the last, and we’re looking towards continued improvements on safe, sustainable burning practices, in cooperation with Florida’s foresters, farmers, ranchers, and communities.”

Commissioner Fried noted that additional changes will be announced in the near future, which potentially include a shorter burning season, potential improvements to the zone model for enhanced population safety, increased compliance checks and training, and fines and penalties for noncompliance with regulations.

A video of the press conference may be viewed here.

“Consistent with what we’ve come to expect from Commissioner Fried, I’m thankful she has taken such a proactive, detailed, and balanced look at a practice that is an integral part of our state’s toolbox,” said County Commissioner Karson Turner of the Hendry County Commission. “These changes construct a delicate balance of all the resources that make up and impact the communities we call home. These burns are integral for that balance.”

“Ensuring public safety is our top priority as elected leaders, and one I share with Commissioner Fried,” said Mayor Steve B. Wilson of Belle Glade. “This improved process for sugarcane burning will mean less smoke and ash impacts for our community, improved air quality, and enhanced safety from wildfires. I look forward to our continued partnership with Commissioner Fried, the Florida Forest Service, and everyone working towards a better Belle Glade.”