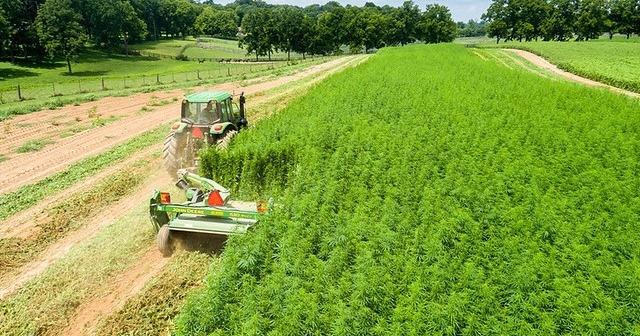 Maine has more than 150 hemp farmers, and they face the task of coming into compliance with new federal laws that are stricter than the state's. (K-State Research and Extension, Flickr/Creative Commons)

AUGUSTA, Maine (AP) — Maine’s hemp growers are scheduled to debate proposed new rules that would regulate their industry in a public hearing on Tuesday.

Interest in growing hemp is rising in Maine, and the industry is facing new rules at the state and federal levels. The Maine Department of Agriculture, Conservation and Forestry proposed changes to its rules for growing hemp in December, and is scheduled to hold a hearing on the proposal at the Deering Building on Blossom Lane in Augusta on Tuesday afternoon.

Maine has more than 150 hemp farmers, and they face the task of coming into compliance with new federal laws that are stricter than the state’s. The state’s proposed rules would double a farmer’s per acre cost, which state agriculture officials have said could be necessary to provide enough revenue to run the program.

The state is also taking written comments on its proposal through January 20. It’s also asking growers to attend the hemp growers seminar that is scheduled to be part of the Maine Agricultural Trades Show on Jan. 16 in Augusta.

Pollinators in our Landscapes Conference