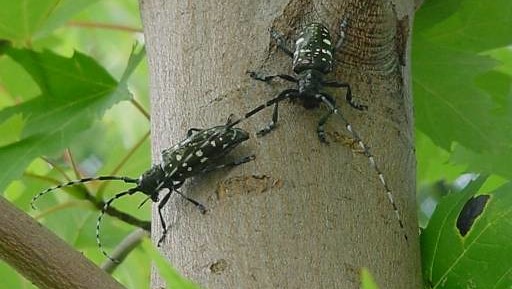 PORTLAND, Maine (AP) — State and federal authorities are asking Mainers to keep an eye on trees this month for the Asian longhorned beetle, an invasive pest.

The beetle feeds on hardwood trees such as maple, birch, elm and ash. The USDA says it has led to the loss of more than 180,000 trees and active infestations are going on in New York and Ohio.

The beetle is easy to recognize in part because it has antennae longer than its body.