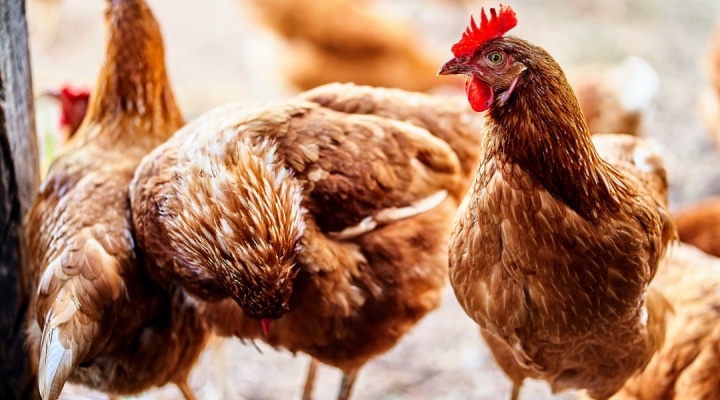 Avian influenza does not present a food safety risk; poultry and eggs are safe to eat when handled and cooked properly. No cases of this particular strain of the avian influenza virus have been detected in humans in the United States. (Photo by Henrique S. Ruzzon on Unsplash)

AUGUSTA, Maine — The Maine Department of Agriculture, Conservation and Forestry (DACF) Animal Health Division announced today that it is working closely with the U.S. Department of Agriculture’s Animal and Plant Health Inspection Service (APHIS) to respond to the H5N1 strain of highly pathogenic avian influenza detected in a small flock of non-commercial backyard birds (non-poultry) in Knox County. APHIS announced Sunday that it had confirmed the presence of the virus in Maine. Avian influenza does not present a food safety risk; poultry and eggs are safe to eat when handled and cooked properly. No cases of this particular strain of the avian influenza virus have been detected in humans in the United States. And according to the U.S. Centers for Disease Control and Prevention, recent  detections of this strain of influenza in birds in Maine and several other states present a low risk to the public.

This weekend, animal health officials from DACF worked with a farm in Knox County to control the potential spread of avian influenza. DACF placed the property under quarantine, and euthanized affected birds humanely. DACF also implemented additional safety measures, such as monitoring properties with domestic flocks within a 10 km radius of the initial property, and notifying bird owners of the importance of proactive safety measures to help prevent disease.

DACF’s animal health officials are also working closely with the Maine Center for Disease Control and Prevention (Maine CDC). Though this strain of avian influenza has not been detected in humans in the United States, Maine CDC is monitoring the health and wellbeing of Animal Health staff and flock owners who were exposed out of an abundance of caution. Signs and symptoms of bird flu infections in people can include: fever (temperature of 100ºF or greater) or feeling feverish, cough, sore throat, runny or stuffy nose, muscle or body aches, fatigue, headaches, eye redness (or conjunctivitis), and difficulty breathing. Other possible symptoms are diarrhea, nausea, and vomiting. As with seasonal flu, some people are at high risk of getting very sick from bird flu infections, including pregnant women, people with weakened immune systems and people 65 and older. The U.S. CDC provides information on avian flu transmission at this link. The Maine CDC’s Health and Environmental Testing Laboratory is prepared to process samples and quickly provide results for anyone potentially exposed to the virus.

According to the USDA, all bird owners, whether commercial producers or backyard enthusiasts, should: