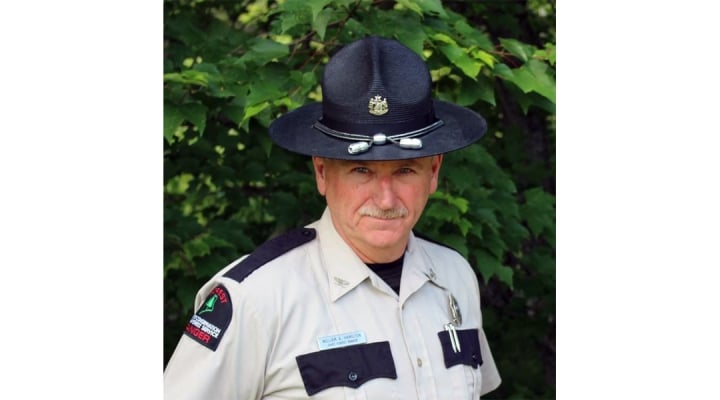 AUGUSTA, Maine — Maine Department of Agriculture, Conservation and Forestry (DACF) Commissioner Amanda Beal today announced that Robert “Robby” Gross would serve as the next Forest Ranger Chief of the Maine Forest Service (MFS). Current Ranger Chief, Colonel Bill Hamilton, will retire on January 1. Chief Hamilton and Regional Forest Ranger Gross will collaborate on the leadership transition through that time. Hamilton served the Maine people for 42 years, starting with the entomology division and progressing through the ranks. He was appointed Ranger Chief in 2012.

“Choosing Chief Hamilton’s successor was a difficult decision; we are very lucky to have many accomplished professionals in our ranks,” said DACF Commissioner Amanda Beal. “It was a pleasure working with Bill, and I look forward to working with Robby as he oversees state and private forestry programs and applies the experiences and expertise needed to ensure the health, diversity, and productivity of Maine’s forests.”

Ranger Gross has served as a Regional Forest Ranger since 2020. Before this, he was a District Forest Ranger from 2002 to 2020, an Assistant District Forest Ranger from 2000-2003, and a Ranger II from 1995 to 2000. Robby has held numerous leadership roles, such as Northern Region and East Branch District Operations. He is responsible for developing the Division Honor Guard and co-leads the Division fitness program. He administers Maine’s fire reporting program for wildland fire documentation, and he also created and leads the Fire Protection Division Respiratory Protection Program.

“Chief Hamilton has always stayed focused on those he supervised, works with and for, and provided exceptional service to his administration and the people of Maine. I will miss him greatly,” said MFS Director and State Forester Patty Cormier. “Like so many others in the Maine Forest Service, I have the utmost respect for Robby Gross because of the proven track record of his leadership and support for his colleagues and the many communities we serve. He is ready to lead our Maine Forest Rangers.”

Ranger Gross has served as Eastern and Southern States representative on the National Wildfire Coordinating Group Incident Business Committee and is the Division business lead for incident management response. He also served as Incident Commander of the Maine Forest Ranger Incident Management Team (IMT) and helped develop the Field Training Officer Program. He has deployed 27 times to help on national wildfire incidents, most recently as Incident Commander of Maine IMT in Idaho.

Robby earned an Associate of Science, Forest Technology degree, a Bachelor’s Degree in Biology, and an Associate of Arts, Criminal Justice degree, each from the University of Maine at Fort Kent. He is Assistant Fire Chief with the Mapleton, Castle Hill, and Chapman Fire Department and has served there for 20 years. He volunteers with the Aroostook County Special Olympics Area Management Team and Boy Scout Troop 170.

Bill Hamilton started with the Maine Forest Service in 1979, with the Entomology Division, working on the spruce budworm project. A year later, he accepted a Forest Ranger position in Princeton, Maine, and covered Grand Lake Stream to the St Croix River. After that, Bill held Ranger positions in Lee and Millinocket. He was promoted in 1990 and served in District Ranger positions in Jonesboro and Lee.

In 2009, he moved to the Regional Ranger position in Old Town, covering Jackman to Jonesboro. He accepted the Ranger Chief position, based in Augusta, in February 2012.

The agency relied on Colonel Hamilton’s leadership through years of wildfires, including the two most recent and record-breaking seasons. And he was focused on ensuring a safe, honorable, and well-performing work environment during the global pandemic.

Professional accomplishments include numerous training cadres, working groups, task forces, commissions, and committees in Maine and across the country. He served with the Maine Ranger Incident Management Team and mobilized nationally for wildfires, floods, and hurricane relief.