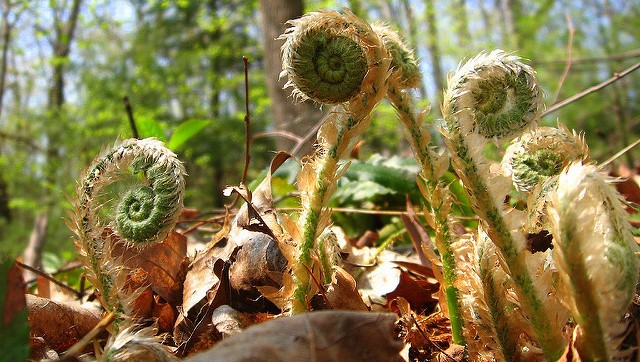 Fiddlehead season in Maine runs from April into May. (Amy, Flickr/Creative Commons)

BANGOR, Maine (AP) — Officials say Maine fiddleheads are safe to eat, despite warnings across the border in Canada that the ferns may be contaminated due to flooding.

The Bangor Daily News reports the New Brunswick Department of Health issued a warning against eating fiddleheads in the Canadian province last week. A Canadian broadcasting company says the ferns may have been exposed to sewage and chemicals.

Ron Dyer with the Maine Department of Agriculture, Conservation and Forestry says while there was flooding in the state, the fiddleheads are not at risk due to better water quality.

Still, Dyer says it is risky to eat the fern raw or undercooked.

Fiddlehead season in Maine runs from April into May.

For more articles out of New England,  click here.