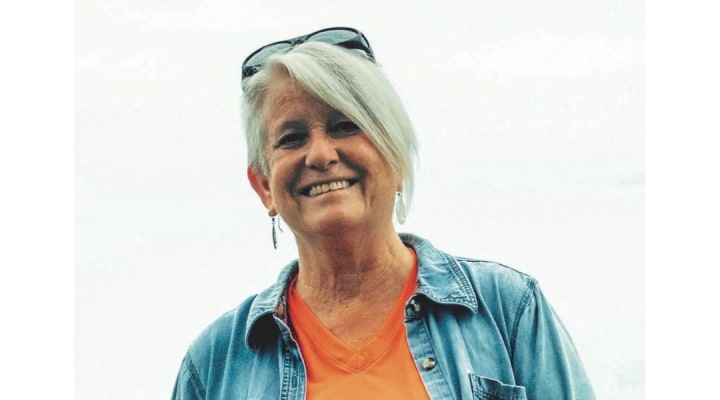 Over three decades, Jordan has emerged as a leading voice in Maine Agriculture. She was instrumental in starting the Cape Farm Alliance and is a past president and 12-year member of the Maine Farm Bureau. Penny has served on the Cumberland County Farm Bureau board, is currently on the Maine Sustainable Agriculture Society board, and is a member of the New England Farmers Union. Besides her agricultural organization involvement, she serves on the Cape Elizabeth Town Council, chairing the Ordinance Committee and representing Cape Elizabeth on the Maine Municipal Association’s Policy Committee. Jordan’s passions are agriculture and ending hunger in Maine, and she is active in hunger prevention programs in Southern Maine.

She is currently working to form an organization called “Farms for Food Equity,” that will move Maine farm products into the charitable food system. Jordan also played a pivotal role last year in leading the development of a framework for DACF to design and implement a statewide strategic plan to address food insecurity as required by the passage of LD 1159 – the Resolve To End Hunger In Maine, passed during the 129th legislative session and signed into law by Governor Mills.

“Penny is well known for her numerous contributions to agriculture in the state through the roles she has held on various boards and for her passion for farming and feeding her community,” said DACF Commissioner Amanda Beal. “If there was ever someone who deserved to be recognized for ‘distinguished service’ in Maine agriculture, it is Penny, and it was an honor to present her with this award.”

Penny holds a master’s degree in social work, with a community organizing and program design focus, and she brings many skills from that training into her work. She was raised on the farm she currently operates, Jordan’s Farm, alongside her brother, Bill Jr., and sisters, Pam and Carol Anne, and her nephew, Phil.

Jordan’s Farm, a 60+ acre mixed vegetable and market farm, grows a wide variety of products with a significant focus on strawberries, tomatoes, corn, pumpkins, green beans, lettuces, and salad greens. Jordan’s products are available at retail, through wholesale, and at their seasonal farm stand. In 2014 Jordan’s Farm teamed up with Farmers’ Gate Market from Wales, Maine, to create a year-round store in South Portland, now called Solo Cucina Market, which features Maine meats, produce, and other products.