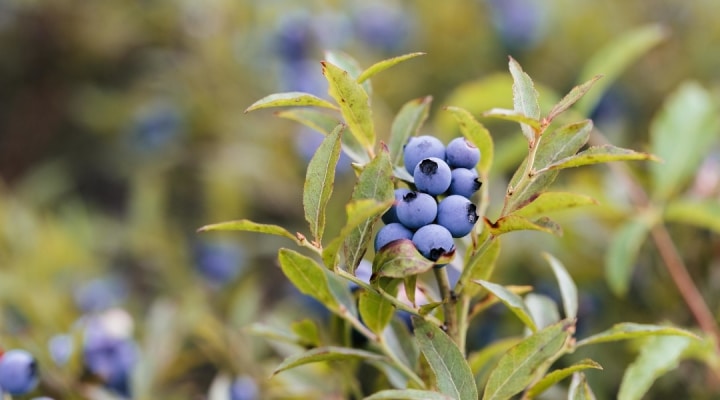 The only commercial-scale wild blueberry growers in the U.S. harvest the fruit in Maine, mostly in the rural Down East region. The 2020 crop was less than 48 million pounds, and that was the lowest number since 2004.

But the 2021 season, which ended recently, appeared to be much better, said David Yarborough, emeritus professor of horticulture with the University of Maine. He said the crop was likely about 90 million pounds, which would be the most blueberries since 2016.

Growers had a better year in part because of the cool, wet July, Yarborough said. Hot summers and droughts have hurt the crop in recent years. It was also a good season for pollinators, Yarborough said.

Prices were also up to about 70 cents per pound to farmers, which would be an improvement of 10 cents from last year and more than twice the number from 2017, when prices cratered, he said.

“A pretty good blueberry crop relative to the years we have had,” Yarborough said. “The growers should be happy – they haven’t been happy for a long time, let me tell you.”

The U.S. competes in the industry with Canada, which also produces the fruit. The market has sometimes been rocky in recent years, with the price to American farmers falling to about 25 cents per pound in 2017 after several years of very large crops.

The wild blueberry industry faces numerous other threats, including that wild blueberry fields appear to be warming faster than the rest of the state of Maine. That could imperil future crops.

But the strong 2021 season is good news, said Eric Venturini, executive director of the Wild Blueberry Commission of Maine. The commission is working on strategies to help growers cope with future droughts, he said.

“It was a very good year. We’re looking at excellent quality berries this year. And record demand,” Venturini said.