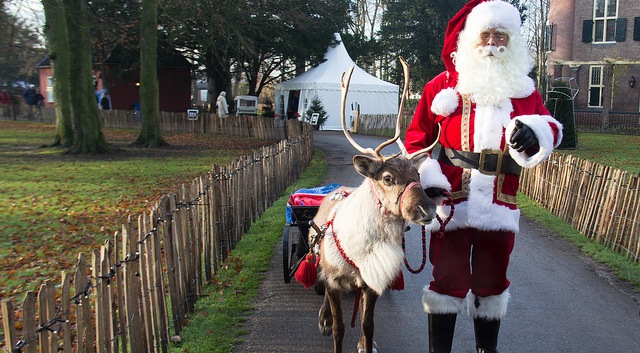 I contend Rudolph was either exposed to deep-sea red-emitting bacteria, or he got his nose into some bright mushrooms Down Under, and I expect follow-on research to come to light shortly. The next order of business, obviously, is to explain flying reindeer, which may also involve mushrooms. (Hans Splinter, Flickr/Creative Commons)

CANTON, N.Y. — As a kid I was enthralled by TV nonfiction shows. Nova and Frontline had great stuff, but my favorites were Christmas documentaries like Frosty the Snowman. Over the years I’ve been disappointed that no further work seems to have been done on the many questions left hanging by the original researchers.

Take the whole glowing-nose thing. First documented back in 1939 by Robert L. May in his book Rudolph the Red-Nosed Reindeer, the story surrounding the phenomenon is well-known. Since no one has come up with a scientific explanation, I have decided to tackle the issue. Bioluminescence is a natural process wherein fungi, microbes, insects or marine animals emit light as a result of chemical reactions which they control, and there are a number of ways a reindeer may have naturally developed a lighted nose.

Luminous life-forms, not to be confused with luminary life-forms such as Gandhi and Nelson Mandela, generally fall into two camps: those that make their own light, and those that hijack it from others. Anglerfish are an example of the latter. To attract prey, they convince a pile of bioluminescent bacteria to live on the end of the fishing-pole-thing (ecsa) that sprouts from anglerfish heads, and to light up on command. No one seems clear on how this works, but to be fair it’s tough to study anything that deep.

Most deep-sea living light bulbs are only available in blue-green. That color has a shorter, more industrious wavelength as compared to red, which is too lazy to make it all the way from the sunny surface. Because the ocean bottom is a red-free zone, most deep-sea animals have lost the ability to see red. But a few predators, e.g. the northern stoplight loosejaw (true story), have figured out how to both detect and produce red light. When it flips the switch, it can see any prey within the red-light district created by its bio-light, but the prey notice nothing; it’s like having night-vision glasses.

I could imagine a scenario where Santa lands on a beach to adjust the freight or defrost his iPad, and Rudolph gets infected by the bacteria from one of these red-stoplight fish that had washed ashore. It’s entirely plausible.

Up on dry land, the best-known bioluminescent organism may be the firefly. Either that or Tinkerbell, who still sparks fights among taxonomists as to what category she belongs (I’m guessing a mutant damselfly). Fireflies are honest about making their own light without enslaving microbes, but dishonest in the way they use it to signal mates. We can’t tell if they lie about their age, but some fireflies have learned the signal codes used by rival species. They pretend to advertise for mates of that species, and then eat anyone who shows up for a date, regardless of whether it brings flowers.

I’m sure Santa has to wipe a few smeared fireflies off his windshield on some part of his trip, but I doubt Rudolph’s glow came from a firefly encounter.

Certain fungi also shine under their own power. Depending which authority you use, there are either 71, 76, or 80 bioluminescent fungi species on the planet. We have 17 in North America, though our magic mushrooms are dimmer than those in Australia. Not only do the mushrooms, or fruiting structures, light up, the fungal mycelium or main body inside the wood it’s consuming also glow. I first noticed glow-in-the-dark fungi while camping. As I split some punky firewood at night (not exactly a bright idea), I was surprised to see a green glow inside each chunk of wood.

As yet there is no agreement on why fungi glow. It could be to attract insects to spread spores, or to repel fungi-eating insects by attracting predator insects. Or it is just a chemical byproduct of digesting lignin, which is to wood what steel reinforcing bars are to concrete, imparting strength and resiliency. Very few fungi can break down lignin, and the ones which do are the same ones that light up.

I hate to think that Santa’s workshop ever involved gene transfer, but it would be remiss to gloss over transgenic animals. As far as I know, genetically modified critters were developed in the early 1980s, with glowing animals first appearing around 2002. Certainly it would be possible today to insert jellyfish genes into a reindeer nose, but probably not back in 1939. Plus, I think Santa would understand the importance of steering clear of anything that could be misunderstood by kids. No doubt Mrs. Claus would have had a word with him about it.

I contend Rudolph was either exposed to deep-sea red-emitting bacteria, or he got his nose into some bright mushrooms Down Under, and I expect follow-on research to come to light shortly. The next order of business, obviously, is to explain flying reindeer, which may also involve mushrooms. If I didn’t have to further study a documentary entitled A Christmas Carol, I would get right on it. 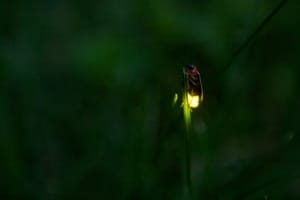 ATHENS, Ga. — Georgia is home to more than 50 species of fireflies — or lightning bugs — more than any other U.S. state. The dancing light patterns we enjoy in our gardens and landscapes are an important, and nostalgic, part of Georgia summer evenings. To protect these insects and ensure that we continue to […] 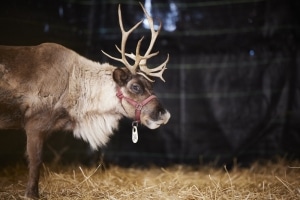 HERSHEY, Pa. — Governor Tom Wolf was joined by Secretary of Agriculture Russell Redding and Pennsylvania State Veterinarian Dr. Kevin Brightbill to meet Santa and his nine reindeer at Hersheypark Christmas Candylane to announce that the reindeer have received a clean bill of health and are cleared for take-off on December 24. “I’m excited to […] 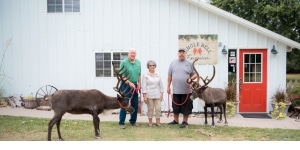 MANHATTAN, Kan. — On Sparkle, on Itsy Bitsy, on Prancer, on Vixen! That’s how it usually goes, right? At Fulton Valley Farms in Towanda, you can find live reindeer in the heart of Kansas. The family-owned event venue has been passed down from generation to generation since 1869. Its holiday event, A Country Christmas, features […] 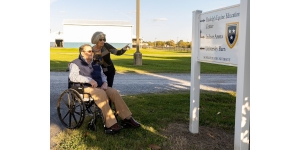 MURRAY, Ky. — Murray State University administration, friends, and supporters of the institution celebrated a naming ceremony event on Thursday, October 21 with the dedication of the Rudolph Equine Education Center on the University’s West Farm. The re-naming of the Equine Instructional Facility was part of Murray State’s events and celebrations associated with Homecoming 2021 […] 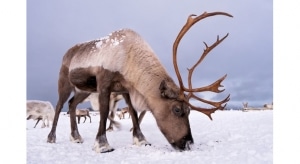 SALEM, Ore. — Giddy up, giddy up, giddy up, let’s go! To increase holiday cheer, the state veterinarian at the Oregon Department of Agriculture (ODA) has issued an animal import permit to Santa Claus of 123 Elf Road, North Pole, and his reindeer in preparation for their upcoming visit to Oregon. All livestock transported or […]

YuleTime Gift and Give

Finding the right Christmas tree: Cornell expert on what to look for
December 7, 2022