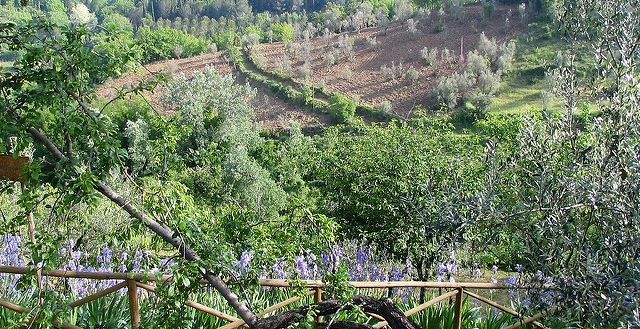 The bounty of Italy's renowned farm products is so plentiful, each crime syndicate and sometimes even specific clans are specializing in certain items. (Aaron Vowels, Flickr/Creative Commons)

A report estimated the overall volume of business in what has been called the “agri-Mafia” interests jumped by 30 percent in 2016, compared to 2015’s volume. The report, which was presented at Coldiretti’s Rome headquarters to anti-Mafia investigators, law enforcement ministers, lawmakers and police officials, calculated the amount of business at 21.8 billion euros ($23 billion), stressing the estimate was likely low.

The bounty of Italy’s renowned farm products is so plentiful, each crime syndicate and sometimes even specific clans are specializing in certain items.

“The most notorious clans of organized crime have divvied up the food business, putting their hands on the products that are symbols of ‘made in Italy,'” Coldiretti said.

National anti-Mafia Prosecutor Franco Roberti cited the crackdown earlier this year on what he called “a colossal fraud” in olive oil exports, perpetrated by the ‘ndrangheta, the southern-Italy based crime organization that is considered one of the world’s most powerful syndicates.

Investigators alleged the Piromalli crime clan in Reggio Calabria was behind the export to major U.S. stores of what was labeled extra virgin olive oil — the most prized kind — but what was really oil made from the residue of olive oil production purchased from the Middle East.

The report noted that the same ‘ndrangheta clan also had controlled production and exports of oranges, mandarin oranges and lemons to the U.S.

The Casalesi crime clan of the Naples-area Camorra syndicate controlled much of the sales of locally made buffalo mozzarella not only in the surrounding area, but also to markets farther south, in what is considered the territory of the ‘ndrangheta, the report noted.

Roberti emphasized that unscrupulous financial companies not infrequently act in cahoots with mobsters in the agriculture businesses.

He urged lawmakers to enact laws more tailored to fighting “agri-Mafia” crime, an approach used to combat illegal trafficking in toxic wastes more effectively that led to convictions and harsh sentences for offenders.

Farm fields near Naples, despite contamination by toxic waste dumping run by the Camorra, were cultivated regularly.

Interior Minister Marco Minniti said that the mobsters’ interests also reflect Mafia origins in the southern countryside centuries ago when local dons manifested their power by letting their herds graze in others’ field or stealing animals.

So, organized crime’s heightened recent interest in farm businesses “is a cross between ancient crimes and most modern ones,” like the laundering the farm business profits through sophisticated financial channels, Minniti said.

The annual report was prepared by the farm lobby, the Eurispes think tank and the Observatory Foundation, which monitors crimes in farm and food businesses.

This story has been corrected to show that the name of the crime clan in the 9th paragraph is spelled Casalesi, not Casalese.

The effect of 'legacy phosphorus'