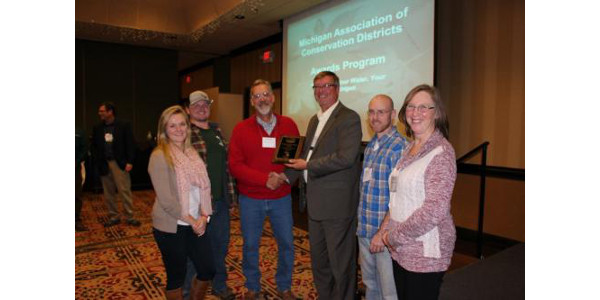 Since 2010, MAEAP has given out the MAEAP Grant Host of the Year Award, Waterdrop Award, and MAEAP Technical Assistance Award at the annual MACD convention to honor those who do outstanding work with MAEAP in the conservation field. This year’s recipients are no different and their tireless efforts have helped MAEAP reach over 4,000 verifications.

MAEAP would like to congratulate the following recipients for their efforts in promoting stewardship and protecting the environment.

Holly Moss — Waterdrop Award: This award recognizes the technician who has the most verifications and has gone above and beyond the duties of a technician. Holly Moss has been with the Delta Conservation District for 12 years. She has gone above her duties to service other counties in the U.P. She is very attentive to the producers she serves and makes sure they have the resources they need. Holly truly is a jack of all trades and a key asset to the MAEAP program in the U.P.

Michael Ludlam — MAEAP Technical Assistance Award: This award recognizes an individual who has shown exceptional service to his or her landowners and farmers. For the past five years, Mike Ludlam has not only been at or near the top for verifications, but he has shown an unwavering commitment to his producers. Mike takes calls 24/7, is present at every event, assists in MAEAP program development and training, and is highly respected in his community and among his peers. Mike helps new technicians as a technical resource and mentor. He is a champion for his producers and a tremendous asset to the MAEAP program and Michigan Agriculture. 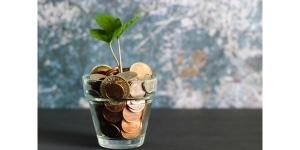