Home / DelMarVa / Madison County farmers place third in AFBF competition
A new user experience is coming! We'll be asking you to login to your Morning Ag Clips account March 1st to access these new features.
We can't wait to share them with you! Read more here. 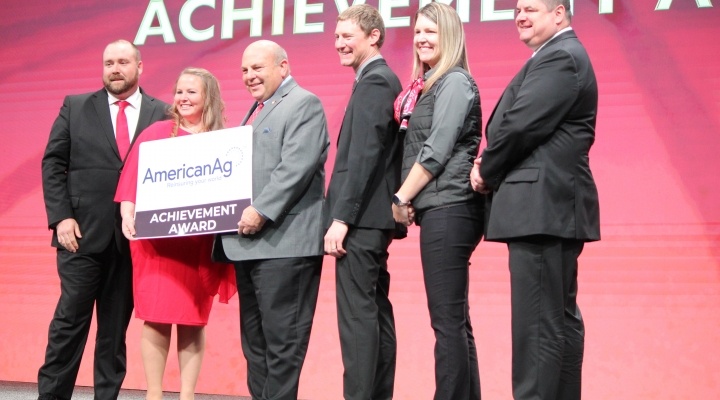 ATLANTA — Success in agriculture is built on the growth, setbacks, sacrifices and lessons that earned Roger and Amanda Scott third place in American Farm Bureau Federation’s Young Farmers & Ranchers Achievement Award competition. The Madison County couple was recognized at the organization’s national convention in Atlanta on Jan. 10, following their first-place win in the Virginia Farm Bureau Federation contest in November.

The Achievement Award honors young farmers who are successful in production agriculture and provide leadership on and off the farm. Through an exhaustive application and interview process, the Scotts were evaluated on a combination of their farm’s growth and financial progress, Farm Bureau leadership and industry involvement outside of Farm Bureau.

The Scotts are first-generation farmers and have numerous enterprises that comprise their 1,200-acre farm. They operate two turkey houses, a poultry litter hauling and spreading business, a beef cow-calf operation and a custom hay business. Amanda Scott is a livestock veterinarian serving farmers in the region. The couple created their farm with no outside financial support, relying on strong partnerships and family members pitching in to help.

At the state-level contest, the judges offered high marks on the Scotts’ interview, collaborative communication style and strong bond running the farm.

AFBF President Zippy Duvall presented the national award on stage in front of an audience of 5,000 at the convention’s closing session.

The Scotts said they are humbled to earn a top spot in the competition.

“This was an opportunity to share our story with the world,” Roger said.

And the pool of competitors was impressive, Amanda added. “We were a little shocked when they called our name for third place!”

State-level prizes included one year’s use of a Kubota tractor of their choice; a farm utility vehicle from Southern Farm Bureau Life Insurance Co.; and cash awards of $1,000 from Farm Credit, $500 from VFBF and $500 from Chesterfield County Farm Bureau.