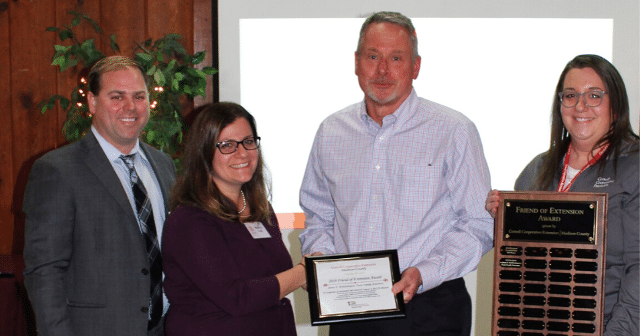 The 2019 Annual Meeting of Cornell Cooperative Extension Madison County provided an opportunity for the association to recognize friends and farmers in the second year of its Friend of Extension Award, Heritage Farm Award, and Century Farm Award. (Courtesy Photo) 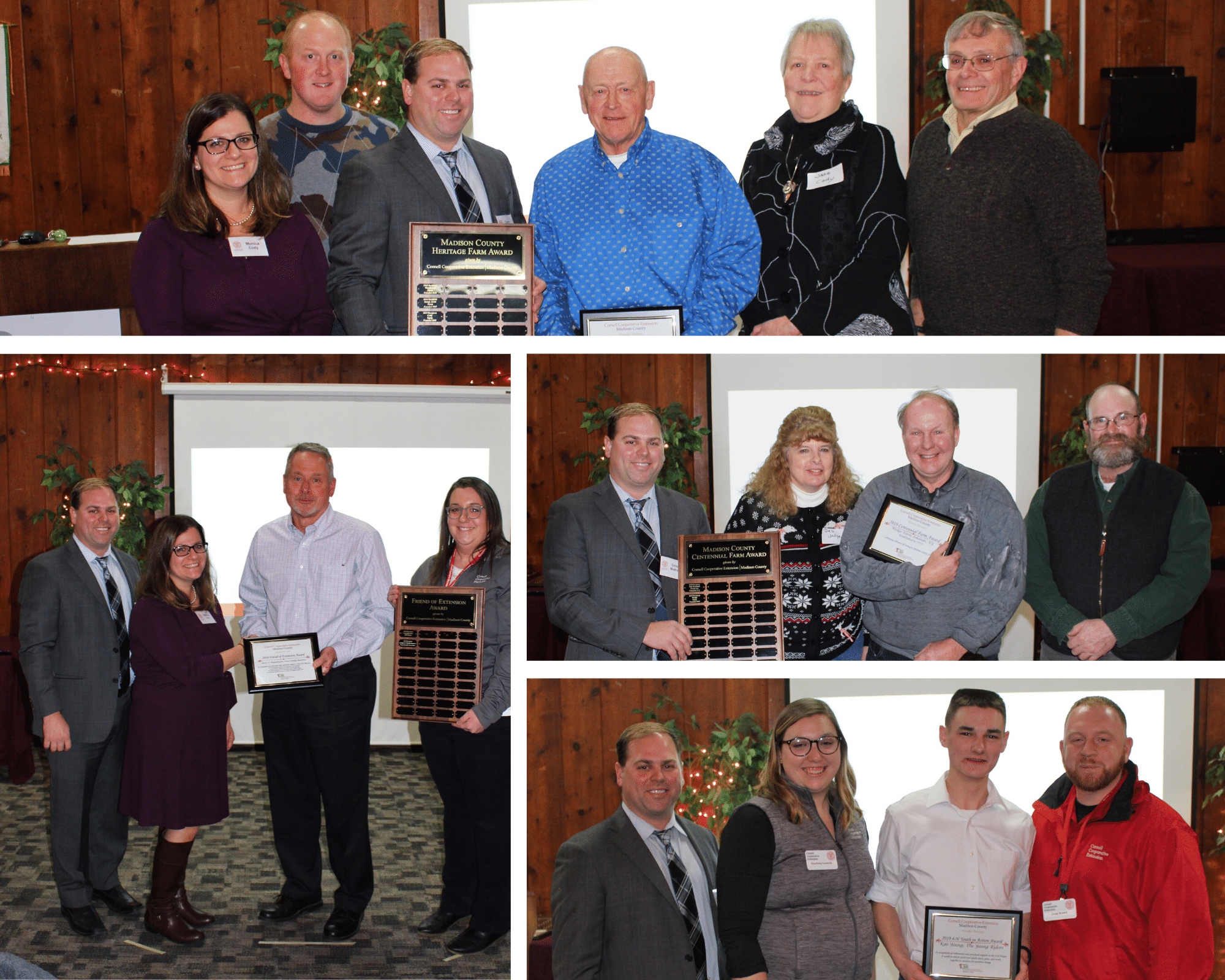 The 2019 Friend of Extension Award was presented to Jim Buddenhagen of Farm Family Insurance for his above and beyond help with Madison CCE programming over the years, consistently offering his time, talents, and sponsorship.  Key in his support has been as an Open Farm Day sponsor every year along with support of targeted programming such as the Farm Disaster Readiness Course. He was nominated for the award by Board Member Monica Cody and CCE MC Educator Tess Southern.

The 2019 Heritage Farm Award was bestowed upon Cody Farms in Cazenovia, NY for over 150 years of dairy farm heritage in Madison County starting in 1868. “The farm began with dairy, hops (until the early 1900’s), and horses, then settled firmly as a dairy farm. Nominated by Dave and Lynn Jones and now in now in the third, fourth and fifth generations of farm life, the farming lifestyle isn’t just about animals or crops. It’s about beliefs and values passed down through generations. Ensuring things are left better for those yet to come. It’s about our heritage and our future,” as shared on their Facebook page. Kendall (Ken) and Jane Cody accepted the award along with William (Bill) and Monica Cody.

The 2019 Centennial Farm Award recognizing farms for 100+ years of production brought smiles to the family of the Wedge Dairy Farm from Earlville, NY. The farm has been in continuous operation since 1919. Nominated by Georgetown Supervisor Pete Walrod and Advisory Committee member and dairy farmer Jody Palmer, the family was delighted to be honored for this historic achievement. The Wedge Family was able to bring a handmade quilt that showcased their farm heritage and a host of family members joined in the celebration.

A new 4-H Youth in Action Award was added this year and Kav Young of the Young Riders Club was the inaugural recipient. Nominated by 4-H Educators Craig Brown and Courtney Livecchi, they shared that “For over a decade Kav has been part of the glue that held the Madison County 4-H program together, and we are so proud of who he has become. He has grown into a fine young man whose dedication to our community continues as he prepares to enter the United States Coast Guard.”