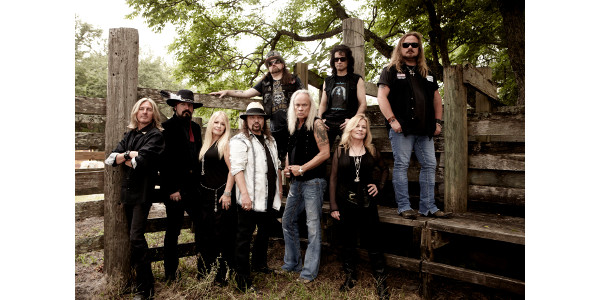 Known for their fiery slice of Southern style guitar rock, Lynyrd Skynyrd has been playing some of rock & roll’s biggest hits for over 40 years. (Courtesy of South Dakota Department of Agriculture)

HURON, S.D. — The South Dakota State Fair, a division of the South Dakota Department of Agriculture, announces Lynyrd Skynyrd will perform at the grandstand on Saturday, Sept. 2, 2017.

Known for their fiery slice of Southern style guitar rock, Lynyrd Skynyrd has been playing some of rock & roll’s biggest hits for over 40 years. With a catalog of over 60 albums, sales beyond 30 million worldwide and their beloved classic American rock anthem “Sweet Home Alabama” having over two million downloaded ringtones, Rock & Roll Hall of Famers Lynyrd Skynyrd remains a cultural icon that appeals to all generations.

SD State Fairgrounds manager Peggy Besch said, “We have been trying to get Lynyrd Skynyrd to the fair for a few years now so when they confirmed, we were extremely happy. They have so many recognizable hits and are an incredible rock and roll group. We look forward to hosting them. Come Saturday night at the SD State Fair, we look forward to seeing a grandstand packed full of people.”

The 2017 South Dakota State Fair will run from Thursday, Aug. 31, through Monday, Sept. 4. Preview night will beWednesday, Aug. 30. This year’s theme is “Seriously Twisted Fun.” For more information on State Fair events, contact the Fair office at 800-529-0900, visit www.sdstatefair.com or find them on Facebook or Twitter.

Agriculture is a major contributor to South Dakota’s economy, generating $25.6 billion in annual economic activity and employing over 115,000 South Dakotans. The South Dakota Department of Agriculture’s mission is to promote, protect and preserve this industry for today and tomorrow. Visit SDDA online at http://sdda.sd.gov, find us on Facebook, Twitter and Instagram or subscribe to SD Ag Chat podcasts through Google Play Music or iTunes.

When it comes to firewood, shop local