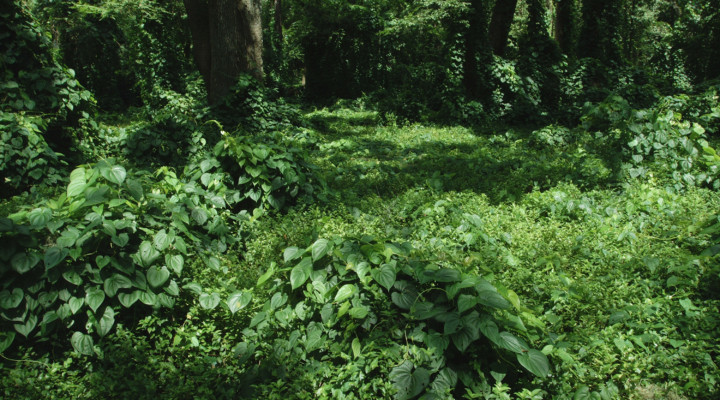 GAINESVILLE, Fla. — With subtropical to tropical climates, the entire state of Florida is a biodiverse haven where many native and non-native plant species thrive. But over the years, many non-native invasive varieties have been introduced throughout the state, whether intentionally or accidentally, that outcompete native plants for space and resources.

An abundance of information is available for interested Floridians to identify which plants are not recommended based on their potential negative impacts on native ecosystems. The information is so plentiful, in fact, that it can be difficult to determine which source is best.

This dilemma was the impetus behind “Lost in the Weeds?: A Comprehensive Guide to Florida’s Many Non-Native Plant Lists,” a new document available through the University of Florida/IFAS Extension’s online collection, EDIS.

“The ultimate goal of the document was to clarify what each of these lists mean and do,” said Deah Lieurance, author of the publication and an assistant Extension scientist with the UF/IFAS agronomy department. “It can be confusing for people to determine which list to use to find the information they are seeking.”

The document focuses on five primary lists that Floridians can consult, although other lists are available.

“I think a lot of people in the state have an understanding about invasive species as a whole, but maybe more specifically on the animal side,” Lieurance said. “When you narrow it down to plants, there’s a little more confusion or there’s not as much media coverage out there. Just because it’s green and lush, doesn’t mean it’s good for the ecosystem.”

While all five lists are based on scientific data that supports identifying plants’ invasion risks, and there is some overlap among the lists, the document makes clear that only the state and federal lists are regulatory.

“There are penalties if you in any way transport any part of the plants that appear on the Federal Noxious Weed List,” explained Lieurance, who is also affiliated with the UF/IFAS Center for Aquatic and Invasive Plants. “The two state lists, the Florida Noxious Weed List and the Florida Prohibited Aquatic Plant List, also legally prohibit movement within the state. There are two lists because they used to be handled by two different agencies, but the Florida Department of Agriculture and Consumer Services now controls both of those lists.”

Lyn Gettys, the other author and associate professor of agronomy based at the UF/IFAS Fort Lauderdale Research and Education Center, adds that the lists are not exhaustive, though.

“People should understand that government noxious weed/prohibited plant lists don’t include all invasive species,” Gettys said. “Also, inclusion on one of the other ‘non-regulatory’ lists doesn’t necessarily mean you can’t cultivate a particular plant but that it would be environmentally responsible to consider a native alternative instead.”

Lieurance says the Florida Exotic Pest Plant Council’s list, which is non-regulatory, is the most used in the state, largely because it is the most well-known. She is also the council’s incoming chair and a member of the plant list committee.

But Lieurance suggests that users may find the UF/IFAS Assessment of Non-Native Plants in Florida’s Natural Areas, which she coordinates, to be the most comprehensive source of information.

“The Assessment gives users the ability to filter information that fits their needs,” Lieurance said. “It lets you see only north, central or south zones of the state, or look up, for example, what vines the University of Florida recommends for planting.”

The Assessment is not regulatory, but all who are affiliated with UF – including Extension specialists and Master Gardeners – must adhere to its recommendations, Lieurance notes. It also features links to other helpful resources, such as the USDA Plants Database, a citizen data collection tool called EDDMapS, the Atlas of Florida Plants and the UF/IFAS Center for Aquatic and Invasive Plants.

“Through the UF/IFAS Extension and Master Gardener networks, we can reach a lot of people,” Lieurance said. “Our efforts can make a difference in promoting the importance of doing what we can to protect native species.”

Sunbelt Expo show goes on despite threat of welcome rain