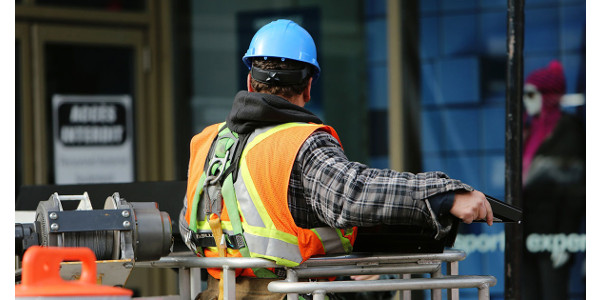 A recent survey of farmers and ranchers conducted by the California Farm Bureau Federation and its affiliated Farm Employers Labor Service found nearly half of respondents reported losing off-farm income as a result of the pandemic and ensuing shelter-in-place orders. (Courtesy of CSU)

SACRAMENTO, Calif. — Not all of the hits California farms are taking from the COVID-19 emergency relate directly to agricultural markets. Farmers, ranchers and family members who work off the farm or ranch have been suffering, too — and often, that red ink spills over onto the farm’s books.

A recent survey of farmers and ranchers conducted by the California Farm Bureau Federation and its affiliated Farm Employers Labor Service found nearly half of respondents reported losing off-farm income as a result of the pandemic and ensuing shelter-in-place orders.

The prime reasons cited for losing off-farm income included unavailability of the off-farm job on account of the pandemic, or having to care for children whose schools or child-care centers were closed. Other reasons were an inability to run an off-farm business; lost revenue from an agritourism property, vacation property, winery or other income-producing property; or closure of a nonfarm business because of shelter-in-place orders.

“In some parts of the state, especially the region I grew up in, the cattle business alone could not support our entire family,” said Mebane, who grew up in the San Diego County town of Pine Valley; her parents run a feed-distribution company as well as cattle, and her mother also works as an agricultural educator.

“The cattle market is very much a roller coaster at times,” Mebane said. “I think everyone is seeing now more than ever that when prices drop, it’s really helpful to have another income, because you’re not at risk of losing your house or not being able to feed your kids.”

Money is not the only reason for taking an off-farm job, according to Tyler Blagg, who with his wife, Amy, owns a small farm in San Joaquin County. He works primarily as a real-estate agent specializing in agricultural property.

“One is the benefits, the health benefits,” Blagg said. “The other benefit is those people can rely on having that other source so that if times are a little lean, maybe depending on the crops that they’re growing, they could utilize that for basic living expenses.”

So far, Blagg said his job has been largely unaffected.

“We’re still getting a lot of calls, new listings, properties in escrow and closing,” he said, noting that while showing properties to prospective buyers he’s keeping his distance and avoiding shaking hands.

In Mebane’s case, she and her husband, Bennet, have a cow-calf operation and off-farm employment—she works for a Kern County potato grower, and he works for his family’s livestock sale yard. Having medical, dental, vision and retirement benefits is a big help, she said.

“I couldn’t imagine not being in farming and ranching, because life would be probably pretty boring, but I think it would be a struggle if our ranching was our only source of income,” Mebane said.

Eric Houk, a Chico State professor who teaches agricultural economics and business, called off-farm income “absolutely critical for most smaller-sized operations.” About 90% of U.S. farms fall under the U.S. Department of Agriculture definition of “small,” Houk said—an operation with less than $350,000 in annual gross sales.

“On average, these smaller farms suffer a net loss and actually earn a negative income from their farming operations and are totally dependent upon their off-farm incomes for survival,” Houk said. “As a result of the COVID-19 pandemic, many farm families have lost their off-farm employment and are struggling with the economic impacts like everybody else.”

Operators of larger farms benefit from off-farm employment as well, Houk said, noting that these households still earn about $40,000 annually in off-farm income.

“When we look back during the recession of 2008-2009, unemployment levels rose to around 10%, and that’s when farm-loan delinquencies were at their highest level over the last decade,” Newton said. “So certainly when we look at the unemployment rate of nearly 15% in April, that’s going to have an impact on off-farm income—not necessarily leading to bankruptcy, but it may make it more difficult for folks to service their farm debt.”

With unemployment levels high, he said, it’s important for people to have access to “any type of financing, working capital, that they need to bridge the gap.”

“I’m actually really busy because of the upcoming payment programs,” Vietti said (see story). “The biggest challenge I’ve had is not being able to meet with agency staff in person.

“There is going to be quite a bit of opportunity for possible producers that haven’t been in the FSA office,” he said. “There’s a fair amount of tree farmers that have never registered with FSA. There may be payments available for assistance.”

Local food boon spurred by pandemic may be short-lived
September 7, 2022